LG was bound to also have an Android phone, because that’s the thing to do right now, when you’re a great name in the mobile phone industry. Known as LG Etna, the handset is being showcased at the IFA Trade Fair, at the Vodafone booth. 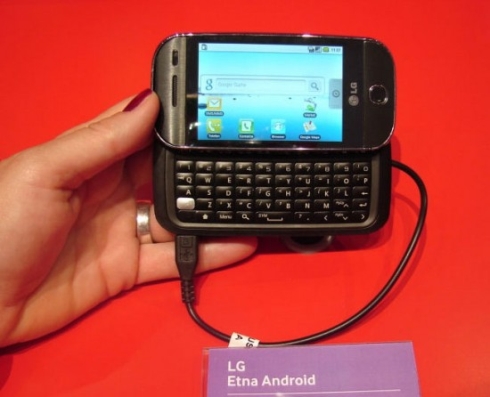 We’ve  heard the name “Etna” before, also as an LG phone, a texting device supposed to be the follow-up to LG Neon. In February, when Neon 2/ Etna got detailed, it was an affordable device coming to AT&T… Is this the same phone?