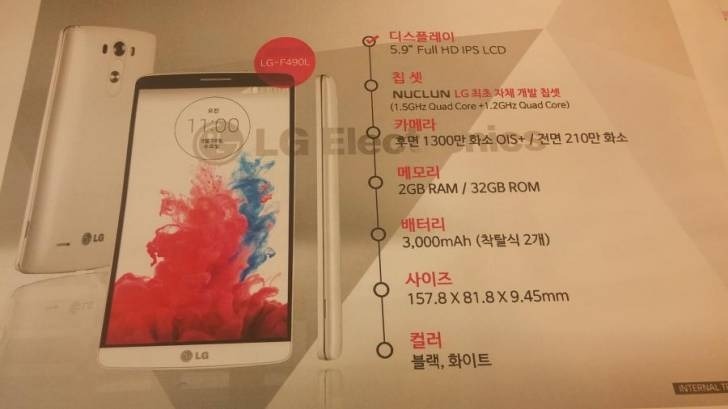 As we get to know through the guys from blogofmobile.com, today a photo brochure of the LG F490L (Liger) showed up on the web in South Korea, device that brings in the package the anticipated LG’s own processor called LG Odin. Looking at the specs revealed by this photo, we notice that we’re dealing with a 5.9-inch high-end phablet. 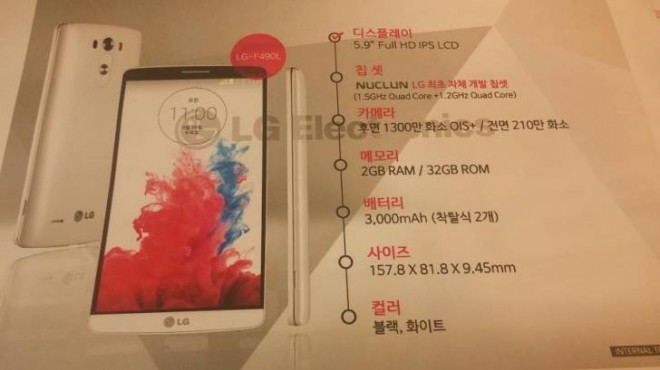 There’s also a 3000 mAh battery, a image stabilization technology and Android 4.4 KitKat operating system with the flat design that we have on the LG G3 current flagship. LG F490L measures 157.8 mm in length, 81.8 mm in width and 9.45 mm in thickness. According to the source, this device is expected to be released in South Korea through the LG U+ mobile operator somtime soon.