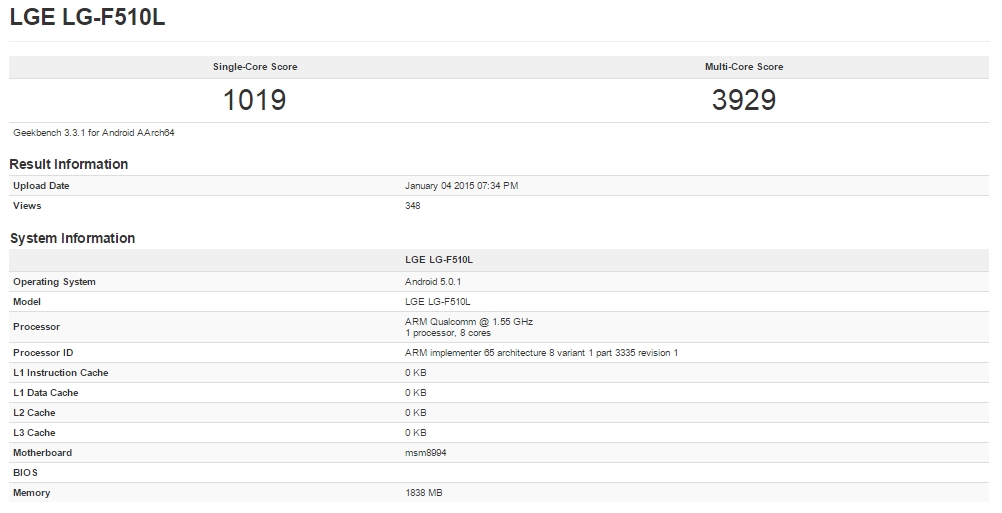 Recently, in the Geekbench benchmark database we had the chance to see a new mysterious LG device, more precisely the LG F510L, smartphone that comes with the latest Qualcomm’s octa-core processor called Snapdragon 810. 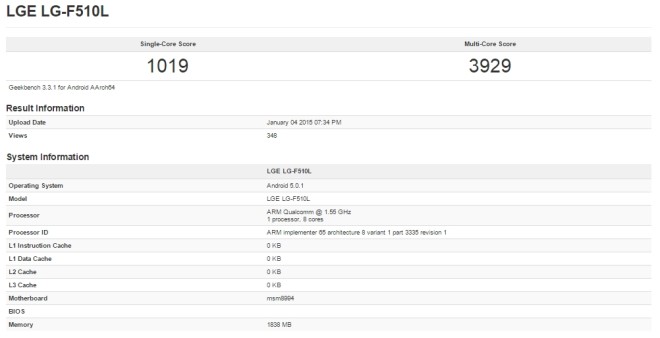 This chip is named MSM8994 and offers a big.LITTLE architecture with four Cortex-A57 cores and other four Cortex-A53 cores clocked at 1.55 GHz. Also, this chip offers the Adreno 430 GPU and high-speeds via an LTE 4G module.

Among other specs of the LG F510L smartphone that were unveiled by Geebench we have a 2 GB RAM memory chip and Android 5.0.1 Lollipop operating system. It remains to see what other details about this phone we’ll get in the next couple of weeks, with the possibility that it might be the LG G4.