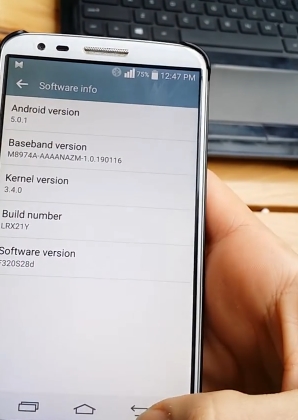 If LG G3 already got Android 5.0 Lollipop in some regions, then what other device to be next on the update list than the LG’s flagship from 2013 named LG G2. Even if the Android 5.0 update isn’t officially available for LG G2 users, it seems that someone managed to get its hands on the software in case.

Through a video found below we can notice how LG G2 runs the new Android version, among the main changes being found the Material Design language, a new notification center and also a new way to show up apps that are running in the background.

As you can see, the version in case is 5.0.1 in fact, update that is supposed to bring some improvements compared to the stock variant. It remains to see when the South-Korean producer will start the update processor for LG G2 and when it will arrive first.