After we previously saw a lot of leaks with the new LG flagship dubbed LG G3, now we have the opportunity to take a little look on the detailed list of LG G3 specs. These specification were found in a official document posted by LG Electronics on their own UK webpage. 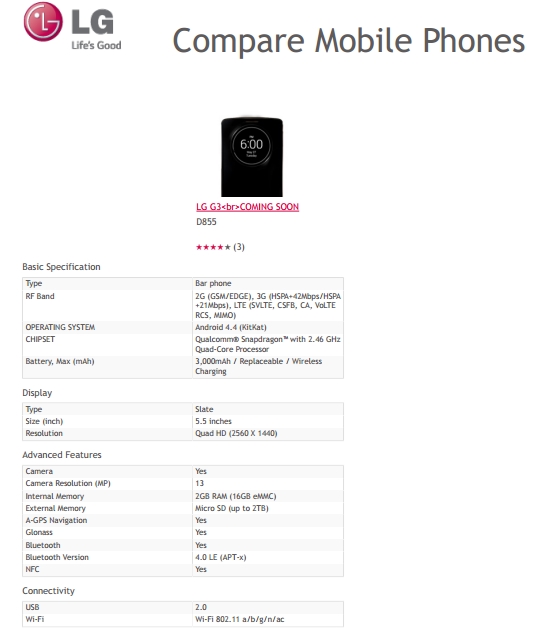 We also have a 13-megapixel camera on the back and a 3.000 mAh battery. On the connectivity side we have NFC,  a microUSB 2.0 port, GPS, Glonass and 4G LTE. The new south-korean flagship smartphone will also bring Android 4.4.2 KitKat operating system as default with a customized UI.