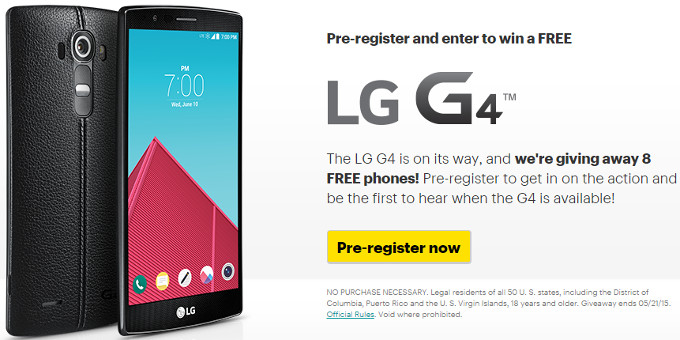 Through a promotional campaign runned by Sprint and T-Mobile, today we get the chance to know how much LG G4 will cost at carriers. This detail leaked thanks to a pair of giveaways runned by the mobile operators in case. According to the contest rules, the estimated approximate retail value of each phone is $600. 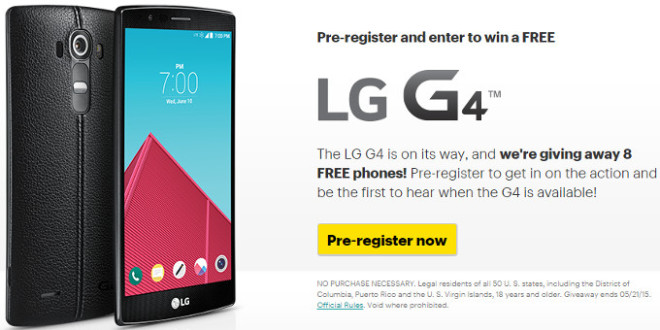 For seven weeks, T-Mobile will give 28 LG G4 handsets. As you already know, LG G4 comes with a 5.5 inch Quad HD Quantum display, a hexa-core Qualcomm Snapdragon 808 processor, 3 GB of RAM memory and 64 GB space of internal storage with a microSD card slot up to 128 GB. The phone packs a 16-megapixel rear camera with LED flash, laser autofocus and a f/1.8 aperture.

Other specs include a 8-megapixel front-facing shooter, 4G LTE, a 3.000 mAh battery and Android 5.0 Lollipop operating system with LG’s custom interface. At the moment, LG G4 is $50 less than the prices of the Galaxy S6 and One M9.