LG Electronics announced a new handset ahead of MWC 2010, the LG GT350 model meant for fans of social networking and other such services. The device comes with a sliding QWERTY keyboard, a large 3 inch touchscreen LCD display and other features you’ll find out after the break.

Compared to the GT350’s predecessor, the new model comes with a keyboard sporting 4 rows of keys instead of 3. Also we learn that the handset’s entire interface revolves around social networking, fully integrating Facebook and Twitter, with all info displayed on one screen.

There’s even a special button for access to social networks, as well as for e-mail, instant messaging and the web browser. LG GT350 will be available in 6 colours and it’ll reach the European market in April. 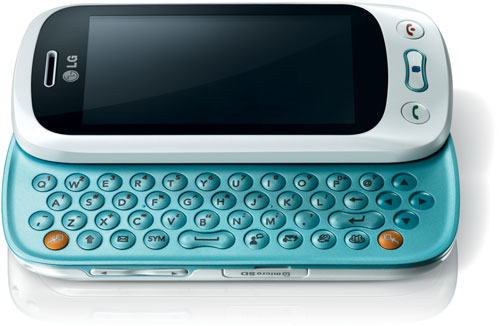