A few months ago LG started a design competition aimed at finding new handset designs and award prizes to the most innovative concept phones. Among the just announced winners there’s also this cool HiFi phone, that can be turned into a headset. 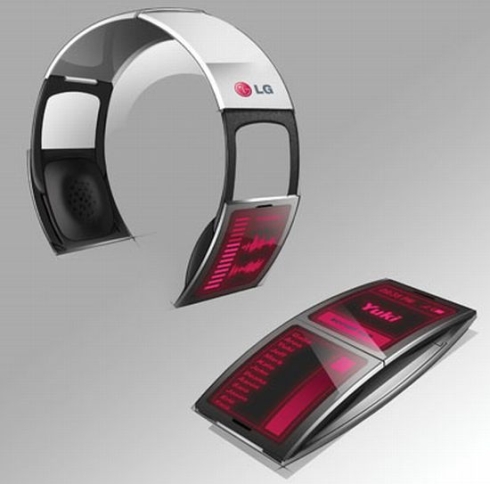 LG HiFi packs a touchscreen display and it can be wrapped around the user’s head, after morphing from handset to headset. It can also be worn around the wrist like a bracelet and incorporated into laptops and netbooks by using special slots.