LG has just announced a new handset model, the LG Joypop, pictured below and sporting a folding form factor. Also known as LG KH3900, this handset relies on FMC technology support (fixed mobile convergence – convergence of fix and mobile networks). Thanks to this system, local carrier KT will be able to use both mobile and fixed networks. 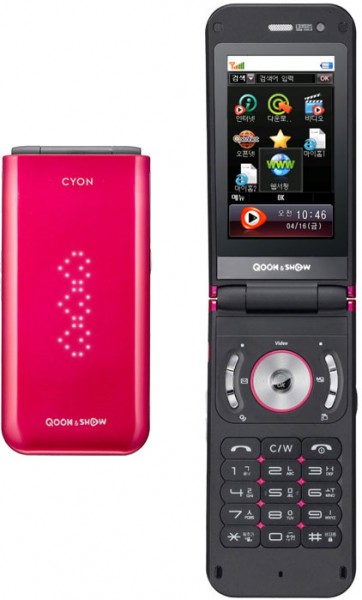 Also, this handset is able to make VoIP calls over the Internet, using WiFi networks. LG Joypop measures 14.6mm in thickness, weighs 108 grams and it packs a 2.8 inch display, with a 240 x 400 pixel resolution. There’s also an external LED display on board, a 2 megapixel camera, plus a 1.3MP one for videocalls.

As far as the memory is concerned, you get 190MB plus a microSD card slot.