We’ve all heard rumours regarding Sprint and LG’s intention to team up for a CES 2010 event, but now it seems clear what they plan on releasing. The LG LS680 Android phone seems to be included in Sprint’s system, as shown by a BGR tipster in the following image. 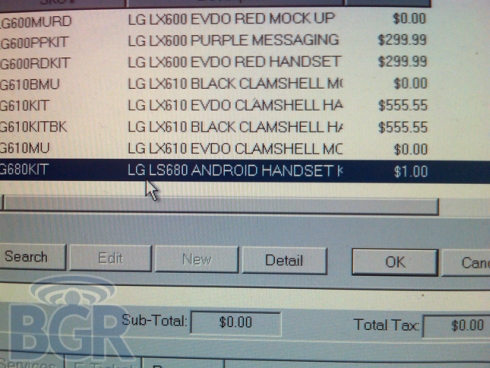 One shouldn’t rule out the possibility of a WiMAX Windows Mobile phone getting announced at CES 2010, as well as this Android phone, or maybe more. LS680 should feature a big touchscreen display, probably a QWERTY keyboard and the full Google suite.

We don’t have any more details on the device, but we’ll let you know, as soon as we get them.