The LG Series L line-up has been holding pretty well on the Android market due to some competitive pricing and specs varying from low to mid end. It is the manufacturer’s most affordable smartphone device class aimed mainly for network providers. 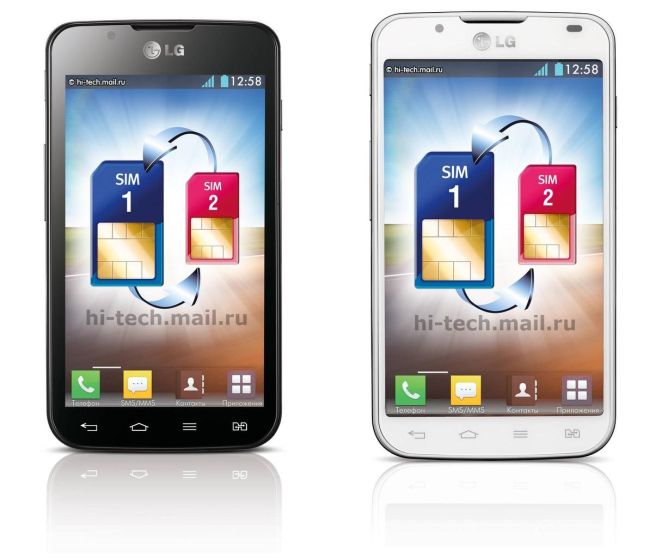 The LG Optimus L7 is at the middle of the currently available L Series and it features decent specs and looks for its price range. With MWC 2013 coming up LG is among the manufacturers expected to announce its newest lineup for this year and it seems this includes some new devices in the L Series. The LG Optimus L7 II Dual has been leaked on the web together with photos and specs for what it is believed to be the new class of handsets from the Korea manufacturer.

According to the sources the LG Optimus L7 II Dual will feature a 4.3-inches display and as the naming suggest it is able to provide service to two different network providers at the same time (Dual SIM). The smartphone is powered by a modest dual-core chip clocked at 1GHz – which seems to be the basic configuration for mid-end devices this year. We have no clue as to what resolution the IPS LCD might offer but we know that the handset provides a 2,460 mAh that may have to hold up against it pushing a great number of pixels. The L7 II Dual comes running Android 4.1 Jelly Bean and it is said to cost roughly about $432. It will be arriving in Russia next month.