LG Electronics has just announced a brand new smartphone, the Optimus Z model, pictured below and also known as LG-SU950/KU9500. The device runs Android 2.1 (although it’ll get the Froyo upgrade soon) and features a candybar design, with a 11.05mm thick case. 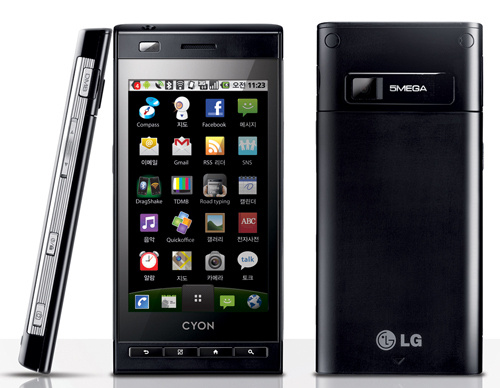 There’s also a 3.5 inch touch display on board, with a 800 x 480 pixel resolution, a Qualcomm Snapdragon 1GHz CPU and a 5 megapixel camera. As far as mobile TV is concerned, you get a digital broadcasting receiver with support for T-DMB TV.

LG Optimus Z relies on a 1350 mAh battery and comes with Dolby Mobile and DivX support. It’ll be available with top 100 most popular apps in Korea, 70 of them not available via the Android Market. Expect the handset to debut in Q4, together with the first LG tablet.