LG and Sprint have a cool event scheduled for January 7, during CES 2010, probably the introduction of the brand new LG Prada III. Brooke Shields will also be attending the launch of the stylish phone, rumoured to be in the making ever since June. 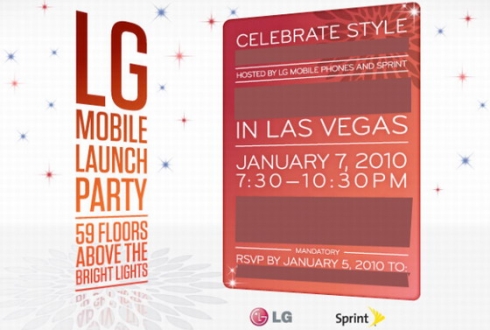 It’ll be a tad odd to see a Prada phone on the US market, specially since the first two models were not sold by any local carrier, being available unlocked instead. A more likely launch on January 7 is that of LG Lotus 2, a device featuring an external touchscreen display with an interesting form factor.

We can’t bet on the fact that it’ll keep Lotus LX600’s original form factor, but it would be interesting if it does.