LG Electronics has recently launched the LG Mobile World Cup for texters, which aims to find the next speedy typer of text messages. He who types the fastest and makes the fewest mistakes wins and here’s last year’s champ: 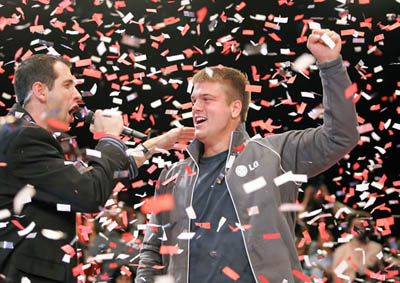 This is no child’s play as the competition is an annual one, allowing people from all over the world to take part. It all starts from the basic level, with national contests, followed by a regional level and finally the LG Mobile World Cup. The competition is expanding, after being limited to the US and Canada.

Korea has its own event (October 27th), Brazil will also join in and 12 more countries are ready to compete plus 3 more in 2010. LG will spend about $20 million on the challenges by 2010 in order to find out who’s the fastest texter in the world.