Believe it or not Verizon Wireless has been selling all but LG smartphones till now. It’s true that they had quite a bunch of LG feature phones in their portofolio, but that’s certainly not the same thing. Well, it’s time for a premiere: the first LG smartphone sold by Verizon, the LG VS750, a Windows Mobile 6.5 model. 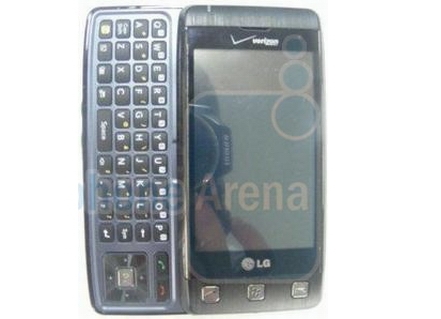 LG VS750 could debut in April and we learn that it’s a global smartphone, with support for CDMA/EV-DO and HSDPA/GSM connectivity. Its feature list could include a 3.2 inch WVGA resistive touchscreen display, a full QWERTY keyboard and WiFi. Also, there’s a 3.2 megapixel camera with video recording on board (VGA), plus Bluetooth, a 3.5mm audio jack, 512MB ROM memory, 256MB RAM memory and a microSD card slot to be found on it.

This smartphone only sports 3 hardware keys below the display, just like LG Panther and there’s also a cool sliding QWERTY keyboard in there. Some claim that this device might be upgradable to Windows Phone 7, although it doesn’t seem to meet the minimum requirements.