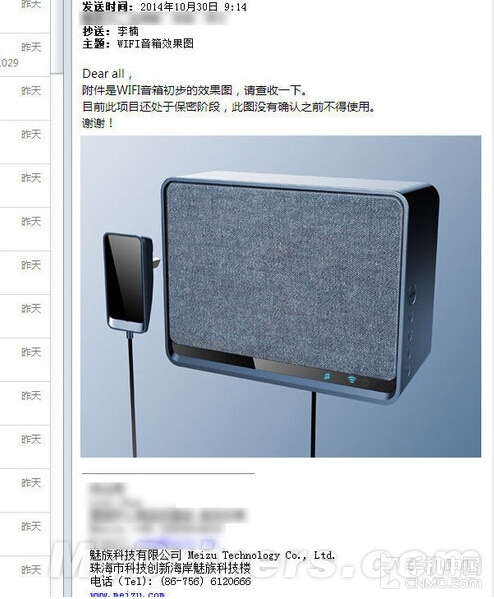 There’s a new leaked image related to Meizu that’s making the rounds on the web these days and it apparently involves some sort of big speaker. The device reminds me of a guitar amp and it appears Meizu is either teasing musical abilities for its next phone or an external speaker.

One thing’s for sure: there’s a Meizu event scheduled for November 4th and it may bring this device to light. I see there’s a music note symbol and a WiFi symbol on the big box device, that looks kind of stylish, I have to say. Usually modern external speakers for handsets and tablets rely on NFC or Bluetooth for their connection, but this time only WiFi is mentioned. Also, there seems to be a wired connection between the handset and amp, which is strange.

I’ll say it again: this feels like a music phone to me, since an accessory alone wouldn’t warrant its very own launch event. If Meizu is willing to branch out into accessories, why not also give joysticks a go, or maybe create some special cases and external batteries?