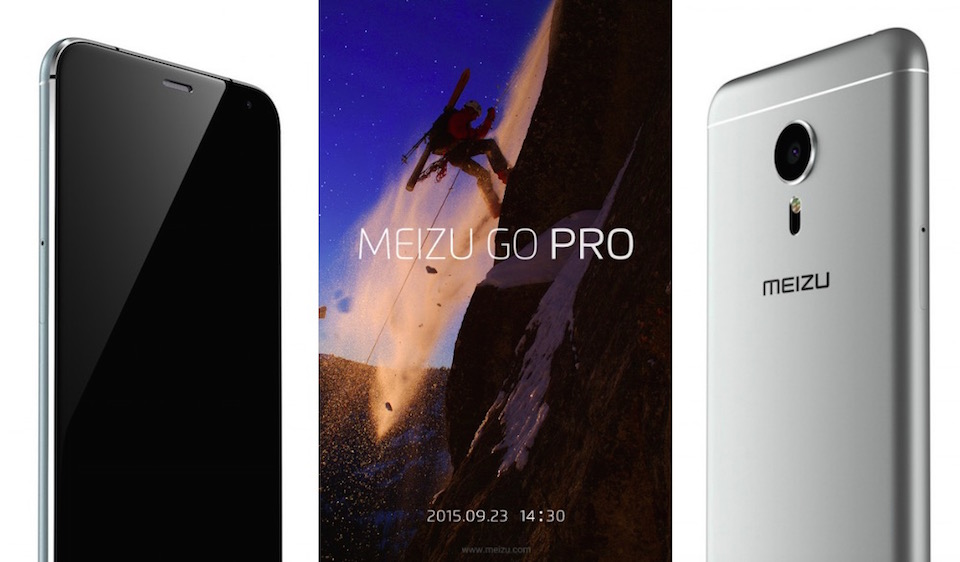 Meizu just teased the unveiling of a new smartphone on September 23rd, with the tagline “Go Pro”, shown in the image below. Accompanying it are two silhouettes of a new handset, that seems familiar from recent leaks. 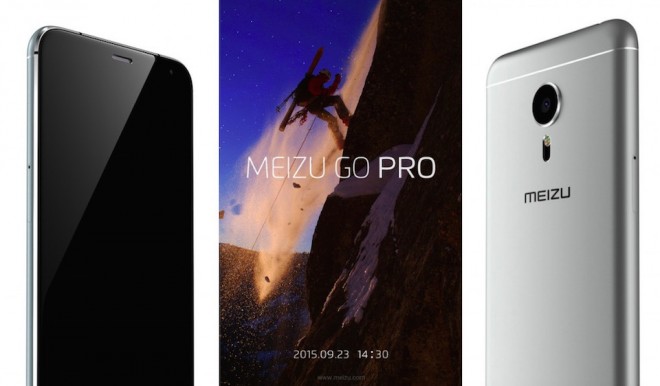 It’s the model we called ME5 or MX6 and it comes with a rounded edge unibody metal case with a big camera and flash plus laser autofocus mechanism below it probably. It’s not very clear if this “Pro” is part of the MX series or not, but it could end up as the MX Pro (better said MX5 Pro) that had its package leaked a few hours ago. Previous rumors said that the future Meizu flagship will get two versions, depending on its CPU.

One would use a MediaTek Helio X20 and the other a Samsung Exynos 7420. There’s also speculation about a price here, around $627. Although the image above doesn’t show it, I’m 100% sure that the bottom of the front side includes a fingerprint scanner embedded into a physical Home button. Expect a new Flyme OS based on Lollipop or maybe even Marshmallow.