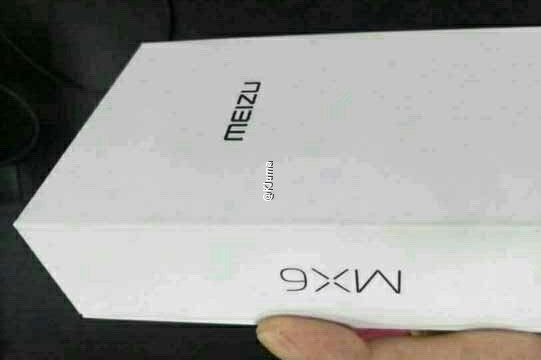 In about a week the Chinese company Meizu will unveil its new flagship phone called MX6. The announcement is planned for June 20th, and in the meantime, we get the chance to take a closer look on what seems to be the device’s retail box.

There’s a pretty plain box here, white colored with the company logo on top and phone’s name on the side. As the leaks revealed before, Meizu MX6 is supposed to bring a pressure sensitive display with Full HD resolution, a deca-core MediaTek Helio X20 or X25 processor and a 8-megapixel front-facing camera for selfie captures.

Apparently, we’ll be able to choose between two different variants, one with 3 GB RAM + 32 GB internal memory, and another one with 4 GB RAM and 64 GB space of flash storage. This new phone will also pack a 20.7 megapixel rear camera and a fingerprint scanner.