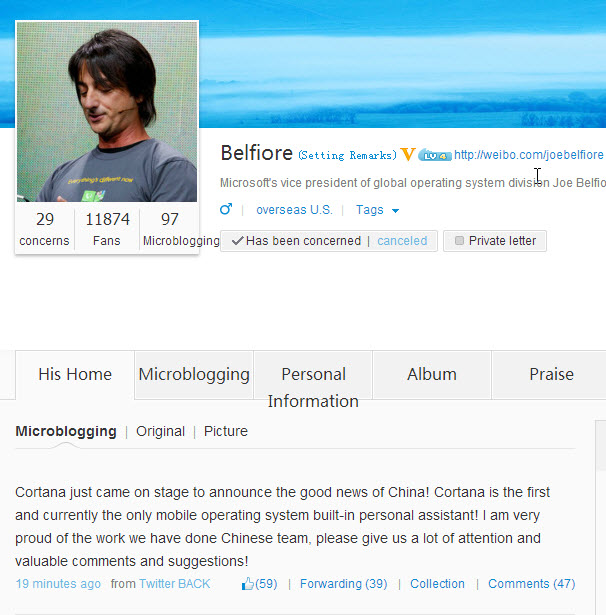 Last week we told you during an article that Microsoft plans to release the virtual assistant Cortana on the Chinese market as Microsoft Huna pronounced Hianna (Xiǎo nà).  Now, the personal assistant is officially released in China, as Joe Belfiore, Vice President and Manager for Windows Phone Program Management at Microsoft announces on its Weibo profile.

We find out that the launch event took place at the Conrad Hotel in Beijing where Joe Belfiore announced Microsoft Huna, saying: “Cortana just came on stage to announce the good news of China! Cortana is the first and currently the only mobile operating system built-in personal assistant! I am very proud of the work we have done Chinese team, please give us a lot of attention and valuable comments and suggestions!”. 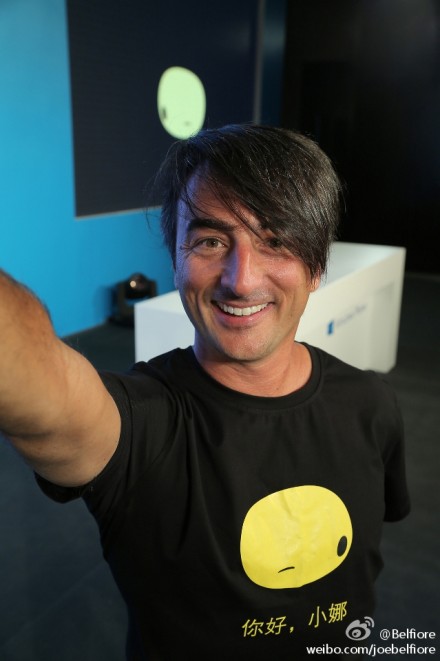 Joe also said that the work done with the Bing team on Cortana was quite specific to China, and now the company is forming a Beijing-based team to focus on China-specific work for PCs, phones and tablets. We also get to know that Huna will include the same features as Cortana like do not disturb mode, custom alerts and much more. As it seems, Cortana is evolving in a nice way, and maybe we’re going to see more languages supported soon. 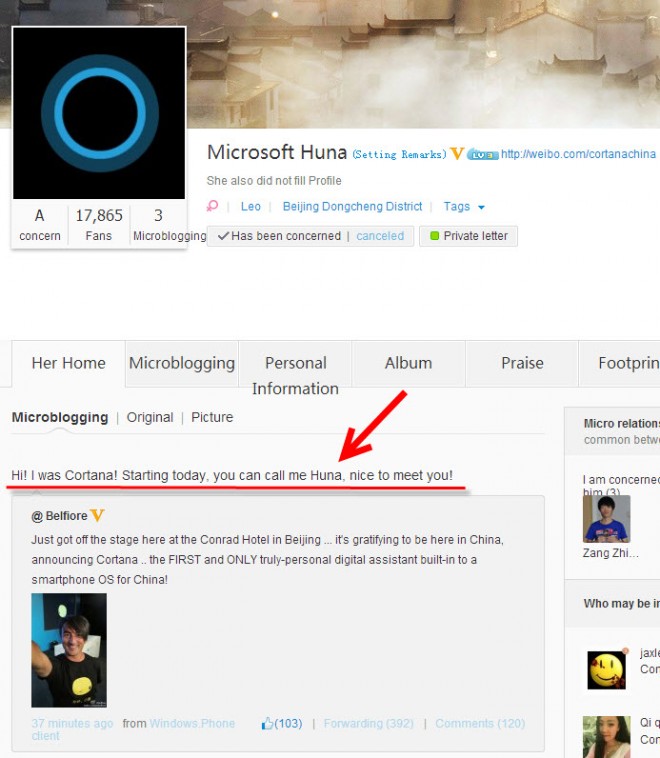