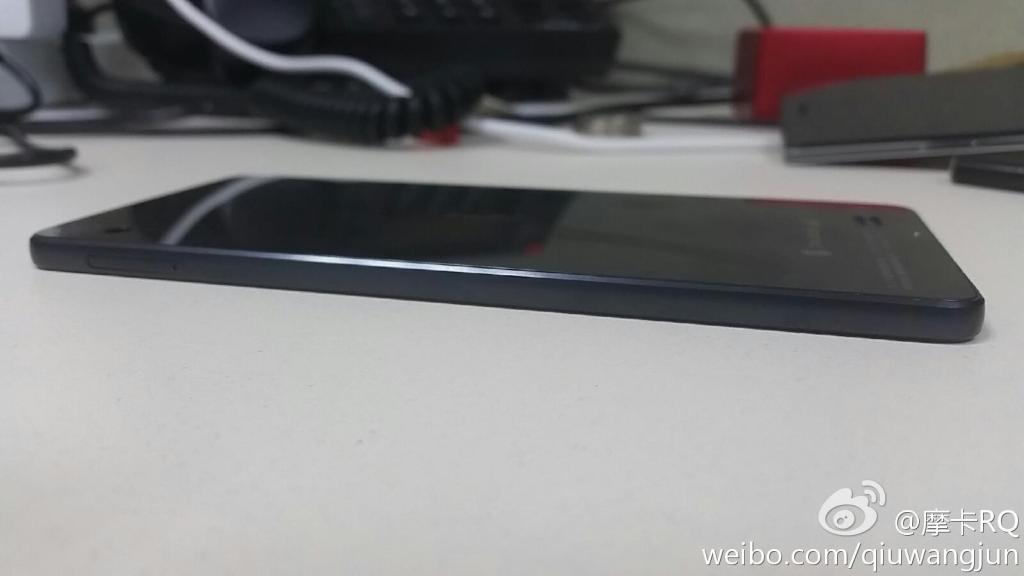 After on July 20, a new Gionee device received certification from TEENA, a smartphone dubbed GN9005 that is supposed to be the world’s new slimmest phone, now we have the opportunity to admire a couple of real photos with the device in case. These photos were published by the user @quiwangjun on the Chinese social platform Weibo. 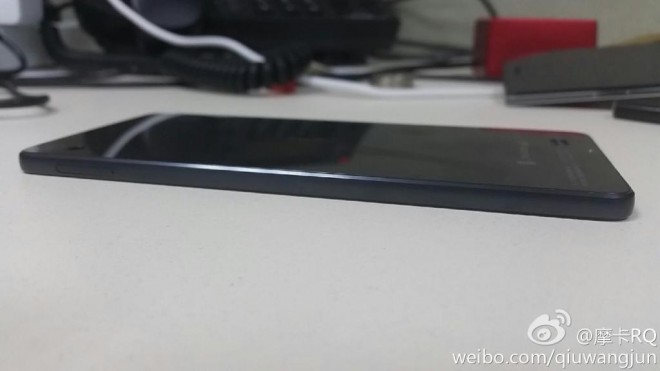 As you can see in the photos, this device will be really thin, more precisely it will pack a 5 mm thin body. Once launched, the Gionee GN9005 will surpass the Gionee Elife S5.5 smartphone that has a 5.55 mm thickness body. Among the Gionee GN9005 specs we find a 4.8-inch HD display, a quad-core processor clocked at 1.2 GHz, 1 GB of RAM and 16 GB of storage. 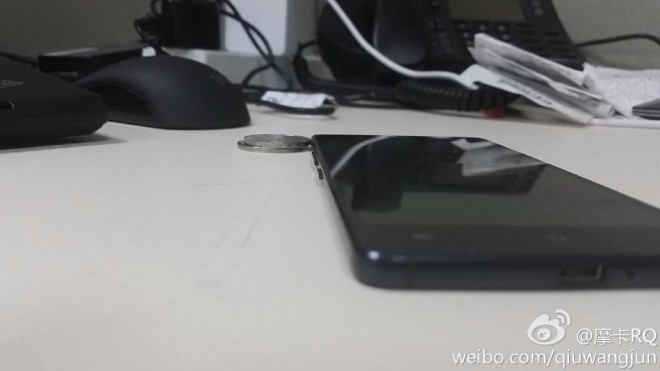 There’s also a 8-megapixel rear camera, a 5-megapixel front-facing camera, 4G LTE, and a 2.050 mAh battery. Gionee GN9005 will run Android 4.3 JellyBean, and as you can see in the picture above, its body will be as thin as two coins. It remains to see when Gionee will official unveil this slim device.