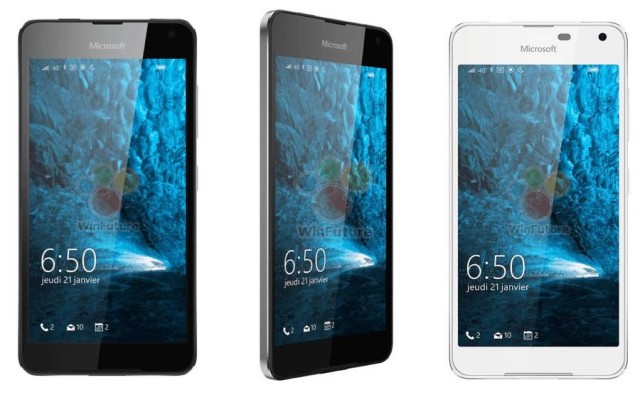 Just a few days ago, @evleaks published a render of the Microsoft Lumia 650, while also calling it “the last Lumia”. Today we get a new series of renders, this time from a German source and accompanied by a potential price tag.

The handset reveals its angular and rectangular design, with a metal frame and what seems to be a lower front side speaker. Sources talk about a price tag of around 220 euros for this midranger, that may or may not come at MWC 2016. There’s also talk of availability on Orange France and Cricket Wireless in US. The Lumia 650 has been a bit of a ghost, rumored to be cancelled at some point, just like the Lumia 850.

This model is said to pack a 5 inch 720p display, a 2000 mAh battery and a Qualcomm Snapdragon 210/212 processor, as well as a microSD card slot. The price tag seems a bit high, even for these specs and Acer for example has some more solid Windows 10 Mobile offers in its portofolio.