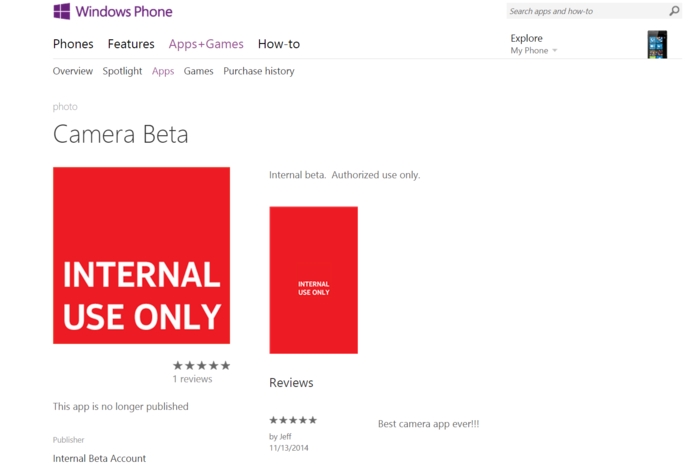 Once with Windows 10 Mobile, Microsoft could also introduce a pretty cool feature, more precisely the replacement of the standard camera app with a new version of Lumia Camera, an app that will arrive later this year on all Windows 10 smartphones indifferent of the OEM producer. 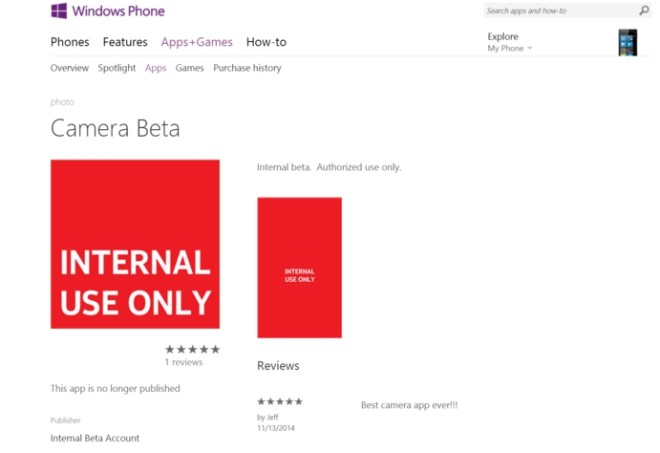 This information was recently unveiled through Jesse Leskinen, a Twitter user that found a new Camera Beta app in Microsoft’s App Store. As you can see, this version seems to be destined for internal use, thing that suggest a possible implementation of it in Windows 10.

Even if in this new version we get a similar UI as the one found in Lumia Denim update, it seems that some features such as Rich Capture are missing completely. You must know that Windows 10 Mobile will be officially showed up in less than two days, more precisely on January 21th, day when Microsoft prepare a special press event.