There’s a new standard for HD output on mobile devices, that also manages to charge the handsets while in use and it’s all done via the micro-USB connector. This technology took off on Samsung Galaxy S II and it was showcased at MWC 2011, in Barcelona, as proved in the video below. 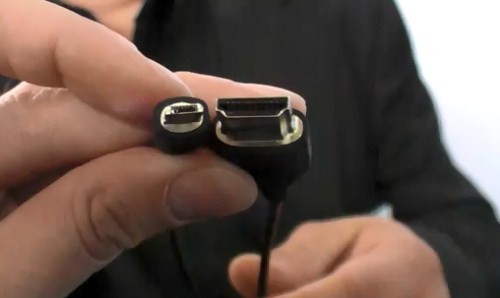 MHL (Mobile High-Definition Link) will allow you to bring the HD content on the smartphone to the TV screen, while charging the phone with the TV power. Sadly, there are no MHL compatible TVs on the market right now, but they’ll come in the following months. In the video demo below, you can also see a MHL to HDMI adapter, allowing you to plug in the charger into one side of the accessory and the HDMI cable in the usual port.

Also, the same technology allows you to use the remote control of the TV to control the device. MHL 1.0 doesn’t support Gigabit Ethernet or USB 3.0 Host and we’re looking forward to see what version 2.0 brings.