The clock is ticking and August 1st is closer than ever, with its Moto X debut ready to conquer the air waves and Internet. We know everything there is to know about the device, aside from its price. Today we see the T-Mobile version of the phone hitting the FCC. 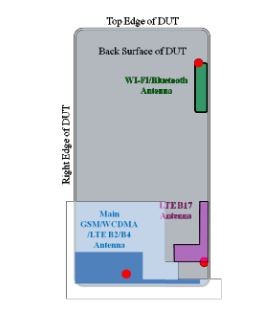 Other leaks have shown that the likes of AT&T, Verizon and Sprint will get the phone, with T-Mobile seeming an unlikely candidate till now. They will pick up a version of the Moto X called the XT1053, that comes with AWS HSPA+ and LTE (band 2 and 17, making the device compatible with AT&T as well).  WiFi 802.11ac will also be included, just so you know.

Moto X has been leaked in an AT&T version just days ago, one that codenamed Ghost and ran Android 4.2.2 on top of a 1.7 GHz dual core Snapdragon S4 Pro processor, with 2 GB of RAM That scored 18k points in AnTuTu and also revealed the presence of a 720p screen, 16 GB of storage and a 10.5 megapixel camera at the back.