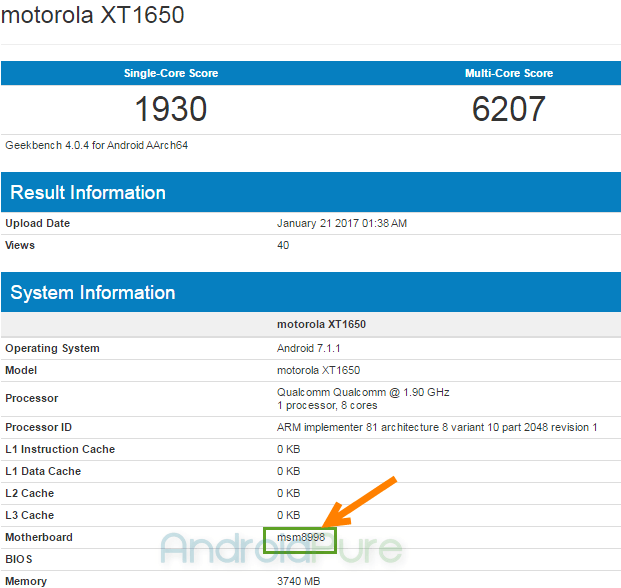 While the Moto Z barely reached some countries of the world last month, its follow-up is already in the making, according to a fresh leak. A so called “Moto Z (2017)” has appeared in GeekBench and the benchmark also reveals its specs. Let’s have a gander below.

Internationally and officially the first Moto Z debuted in June 2016, with a 5.5 inch Quad HD screen and a Snapdragon 820 CPU, but its modularity was certainly the most interesting feature. It ran on Android 6.0 Marshmallow and over the past month got updated to Nougat. Now the newcomer appears under the codename Moto Z XT1650 and only seems to upgrade the CPU basically.

Android 7.1.1 is also listed as the OS and this model is expected to do battle with the likes of Galaxy S8, LG G6 and HTC 11 in the year to come. It will be extremely interesting to see if the modules from the first Moto Z also work on the second. I’m also curious if they kept the crazy slim waistline of just 5.2 mm here, or if they went with a bigger body.

Expect more info as the year progresses, but a MWC unveiling doesn’t seem likely though.