The folks of The Verge have received an email showing what seems to be a photo of AT&T’s next Motorola smartphone, going under the codename Dinara. This could end up being the Motorola Atrix 3 and it appears that this model was already launched in China last year and rumored for AT&T since its debut. 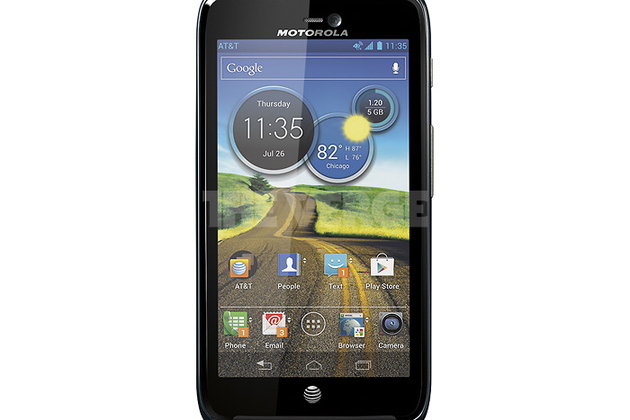 The device features a 720p display, Android 4.0 and looks like a decent follow-up to the Atrix 2. The latter had a $99 launch price and the only reason it didn’t become a bigger hit was the iPhone 4S debut on the AT&T LTE network. We can’t say if this model will be called Atrix 3 officially, but on July 26th we might found out more. That’s the date shown on the screen, probably a hint towards the debut date of the handset. The handset comes with LTE, a variation of Motoblur and rumors say it will also sport a 4.5 inch HD display.

Other features include a dual core 1.2 GHz processor, 16GB of storage, a microSD card slot and a surprising 13 megapixel camera, once again according to rumors. As you can see, this model has no physical buttons on the facade, a welcome design trait in the modern world of smartphones.