It appears that Moto will not only expand the Droid RAZR series with a HD model and a Droid RAZR HD MAXX unit, but also with a RAZR Mini model, as proved by the picture and leak below. It appears that the Mini, also codenamed XT907 has reached the FCC, for testing purposes. 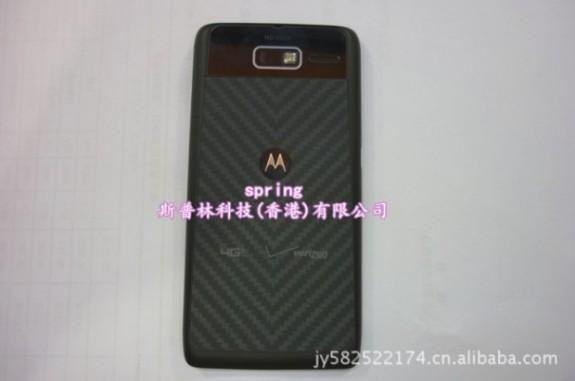 It’s bound to hit Verizon, as you may have figured out by yourself and it will come with support for high speed 4G LTE connectivity. It’s also approaching release pretty fast. Earlier in July, the device leaked out in a camera shot, proving to be somewhat of a lower end version of the regular Droid RAZR. As you can see the back side has that texture that reminds me of the kevlar back on the original Droid RAZR. No idea on the specs, exact launch time frame or price just yet.

I expect here a dual core CPU on board, a 5 or 8 megapixel camera and as you can see the very wide allure of the Droid RAZR has been made into a narrower smartphone. I also expect 16GB of storage, 1 GB of RAM and who knows, maybe even Jelly Bean, considering Motorola Mobility is owned by Google.