And yet another story about Motorola Droid RAZR! Days ago this model was a mere rumor and it didn’t even have an image to go with it… only an EXIF data. Now, the device is back, in full glory and including a picture, plus a bunch of specs. 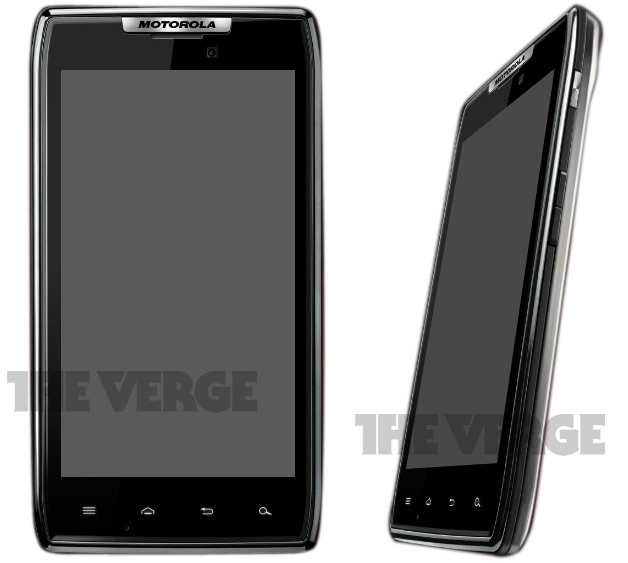 There’s a sleek case involves, as well as Gorilla glass body and a very appealing display of the Super AMOLED kind. Moto Droid RAZR comes with a 4.3 inch qHD screen, that relies on the PenTile matrix and also on board you’ll find a dual core 1.2GHz CPU, 1GB of RAM, an 8 megapixel camera and support for 4G LTE connectivity.

The camera supports 1080p video recording, image stabilization and apparently there’s another camera with HD capture at the front. This model supports WebTop accessories just like the Atrix models and we’re really intrigued by the RAZR design, that should be extremely thin. Supposedly, the name DROID RAZR won’t stick and we might see something called Spyder.