We’ve heard over the past week that a bunch of carriers from Europe promised Windows Phone Mango updates for their users in the following weeks. Now, AT&T follows with a promise to deliver Windows Phone 7.5 Mango on September 27th on the WP7 handsets it sold. 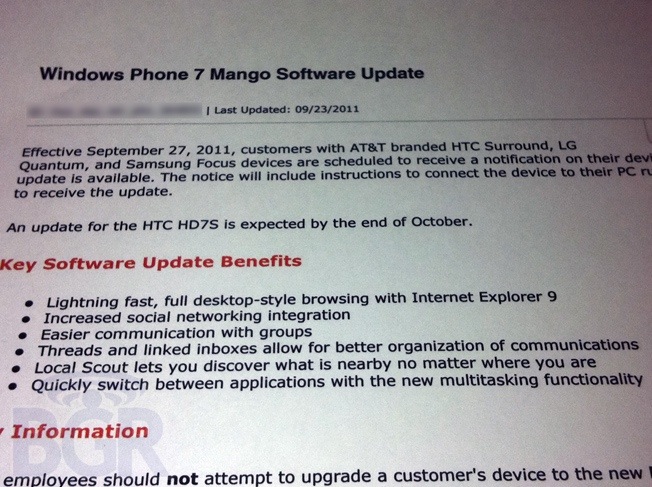 HTC Surround, LG quantum and Samsung focus are the models that will get the update from Tuesday. HTC HD7S will have to wait a bit more and only received the update around the end of October, according to the internal AT&T memo you see here. In order to update a device, you just need to plug in the Windows Phone handset into the PC and start the Zune software.

What you get is a no less than 500 new features and I sure hope that we’ll get to see new WP7 models in the US on this occasion. Some of you might have already started to receive the update. If so, feel free to comment on the improvements it brings in the following Comments section.