Motorola Droid is supposed to have a great follow-up, a handset that should be sold by Verizon under the name of Motorola Shadow. The image below shows this smartphone and we learn that it’s been leaked by a Verizon Getting Started manual, that also mentioned the phone’s specs. 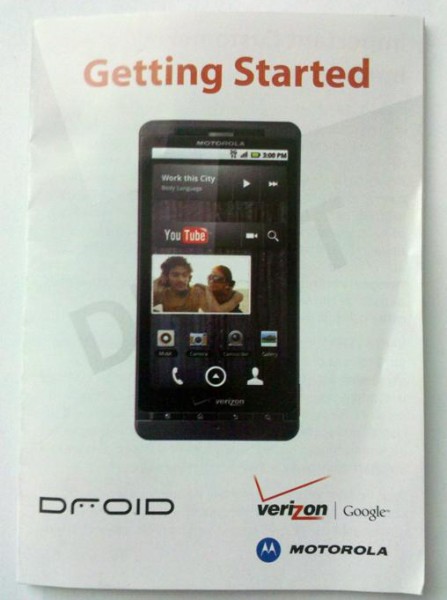 Motorola Shadow is a MOTOBLUR device, with a 4.1 inch TFT full WVGA touchscreen, Android 2.1, an 8 megapixel camera with HD video recording and a HDMI port with support for 1080p output. The device can be upgraded to Android 2.2 and it also uses a TI OMAP 3630 processor, most likely at 720 MHz and 2GB built-in memory.

Verizon is supposed to launch this handset in July, for around $200 on contract, but we’ll let you know once we have all the official details.