U.S. Cellular has just announced a brand new Motorola smartphone dubbed the Electrify. This handset comes with a dual core CPU and a design that greatly reminds me of the Photon 4G on Sprint. This handset sports a 4.3 inch qHD display with a 540 x 960 pixel resolution and much more feats, detailed after the break. 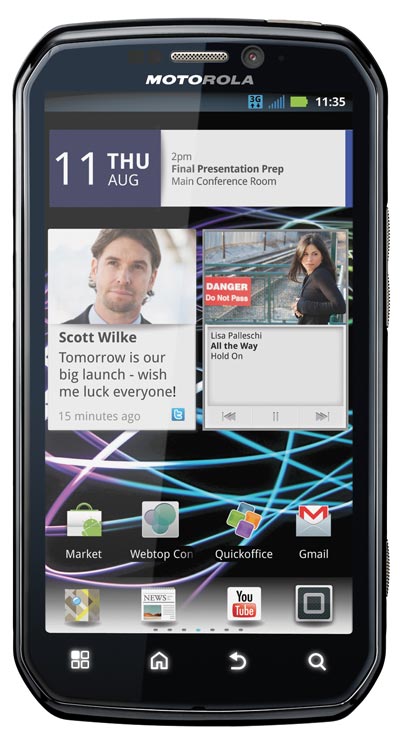 Motorola Electrify packs a kickstand that’s ideal for viewing videos and propping up the handset to do that. Its brain is a dual core 1GHz CPU and the video and photo capture are done with the aid of an 8 megapixel camera at the back with dual LED flash. There’s also front camera for videocalls and 16GB of internal storage are used to store everything you need, certainly an advantage compared to the measly 1GB you get on the HTC Sensation, for example.

Electrify also supports microSD storage of up to 32GB, it comes with a microHDMI port and roaming on GSM networks while outside the US. Android 2.3 Gingerbread is the OS of choice on this model and you might be interested to know that the phone is compatible with Motorola’s own HD Station with the Webtop OS. Expect a pricing of $199.99 on a 2 year agreement on US Cellular.