It’s all Android lately, as Moto’s just leaked a white, black and blue metallic Android phone, known as Morrison and heading for T-Mobile USA. The device gets pictured below and matches the thumbnail in the leaked roadmap we saw a while back. 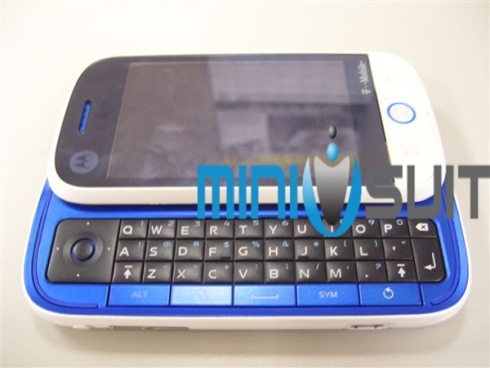 This is going to be a handset for youngsters and, as Moto claimed a while ago, it plans on creating Android devices based on social networking platforms. Such a feature will probably make teens go crazy and switch their Sidekick 2009 for this phone, specially because of the seemingly usable keyboard we spotted in the picture above.