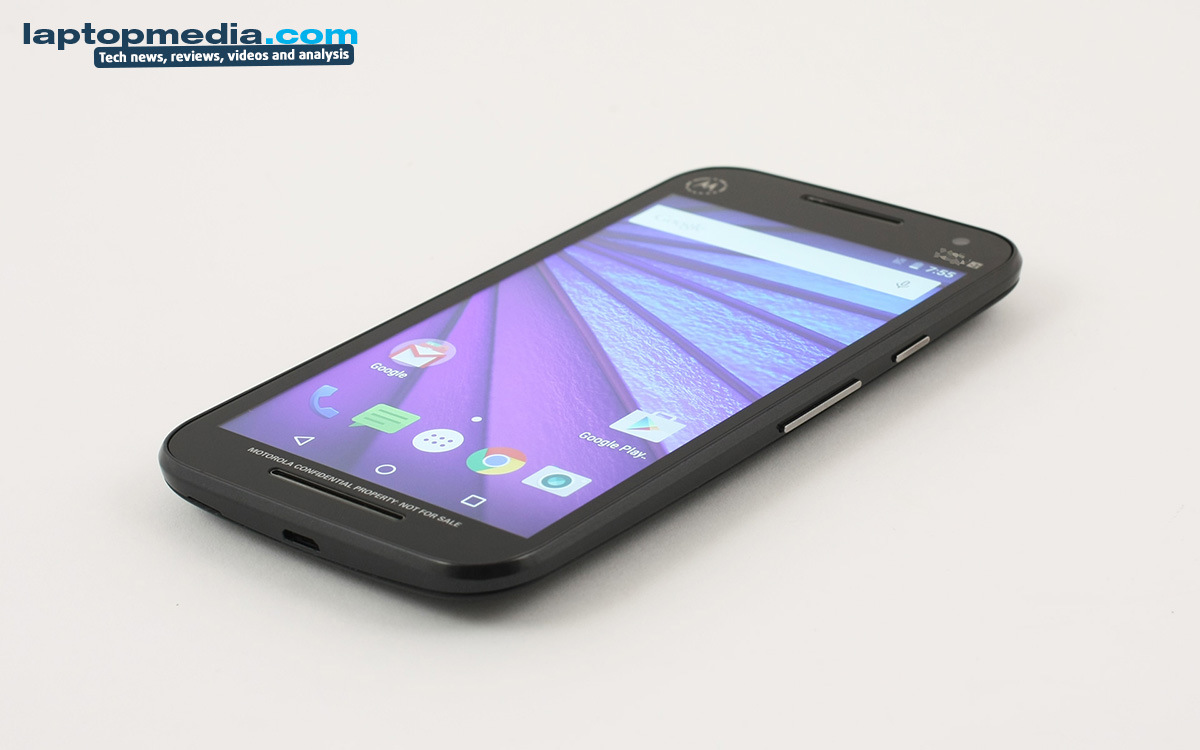 Motorola Moto G3 is expected to debut in New York on July 28th, but till then the floodgates of leaks are open. Today we have come across the website Laptopmedia, that scored the device early and took some hands on photos of it. 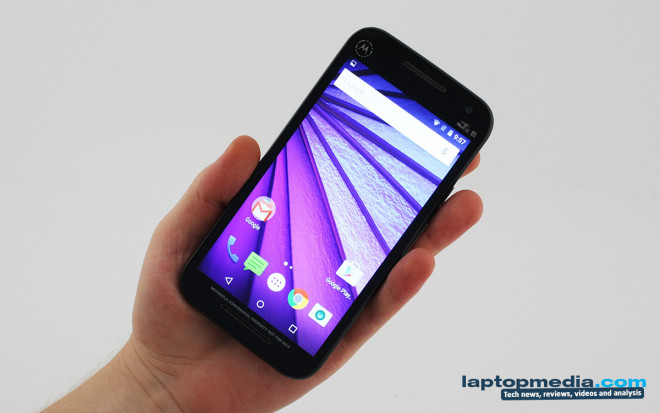 Also, it appears that the specs are not as high end as expected. Judging from the pictures, we get two front speakers here, virtual Android buttons, big bezels and striped back. There’s the elongated camera area at the back, with Motorola logo included and the pictures also show the device without the plastic back cover. There we see the SIM and microSD card slots, on the side. 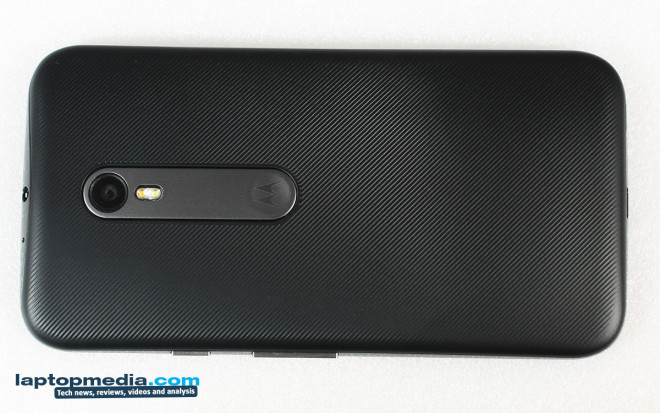 Motorola Moto G3 is dust resistant and runs Android 5.1 Lollipop, but it doesn’t have a Full HD screen or 2 GB of RAM as rumored. Instead it has a 5 inch 720p display and 1 GB of RAM, plus a main 13 megapixel camera and a front 5 MP shooter. The back camera offers F/2.65 aperture, dual LED dual tone flash and slow motion capture. Moto G3 is still a midrange machine, with a Snapdragon 410 processor and a pretty thick waistline of 11.2 mm.

The 2470 mAh battery has yet to be confirmed, but we’ll probably learn more in a few days from New York. That’s a major leak right here. 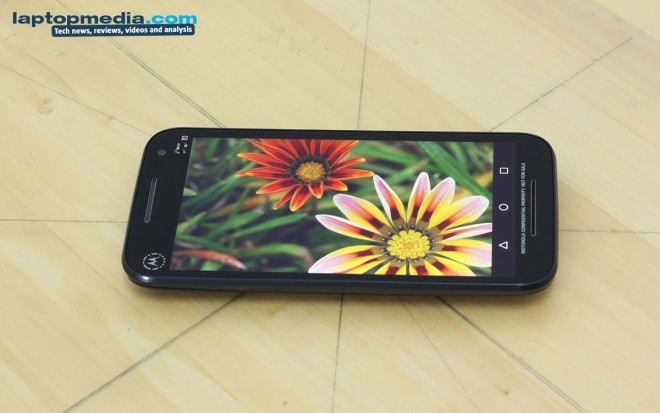 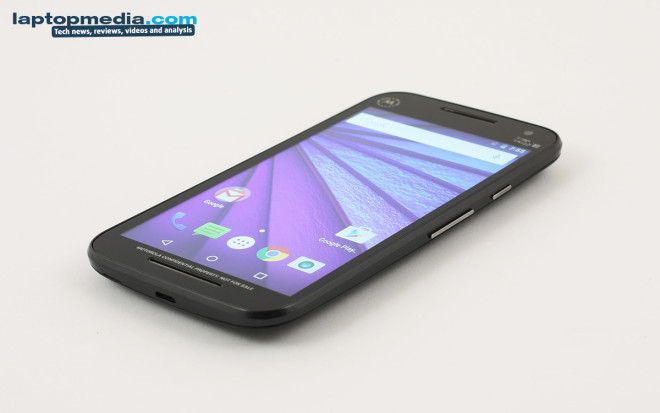 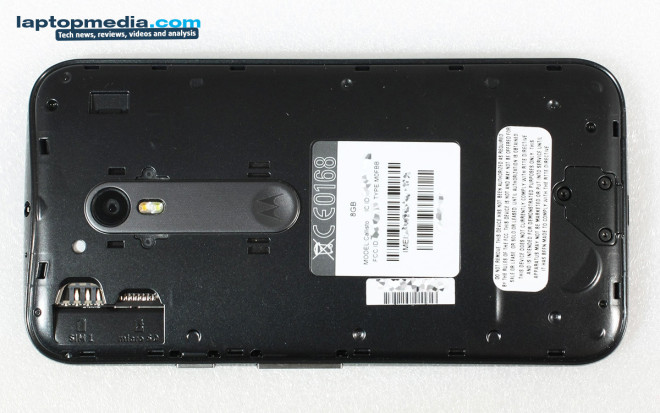