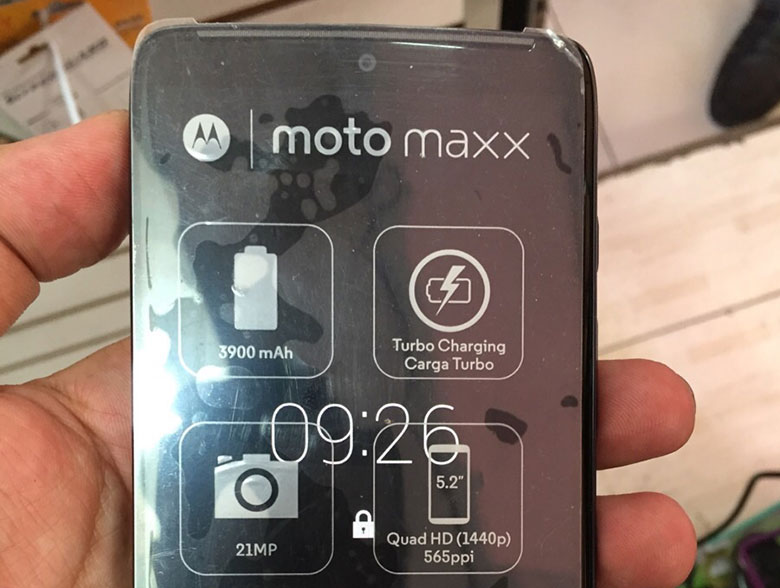 Motorola Droid Turbo sounds like a good deal on Verizon, at $199 and now it appears the international version of the device is ready to come up. It goes under the name Moto Maxx and some pictures of it have recently leaked, as you can see below. 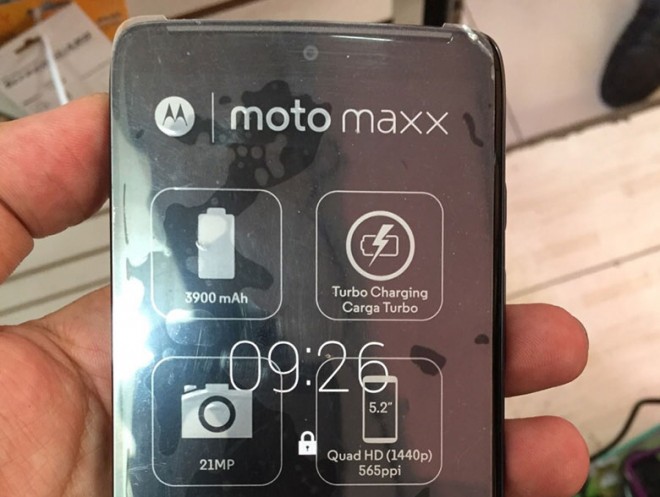 Many people across the pond have been craving the Droid Turbo ever since it came out and now there’s a chance they may get it soon enough. The device will have basically the same hardware as the Droid Turbo, with slight modifications. The rumors claim that Motorola is preparing an event for November 5th in Brazil, that may just end with the international model being announced. The Moto Maxx has a 3900 mAh battery and Turbo Charging, as confirmed by the plastic layer applied on top of the screen.

It keeps the 5.2 inch diagonal and the Quad HD resolution, plus the 21 megapixel back camera and the dual LED flash. We’re very curious regarding the markets where this product will be available, aside from Brazil, of course. I’m guessing Europe, Asia and probably the Middle East. What we see here is the Android 4.4.4 version with 64 GB of which there appear to be around 52 GB free to use. 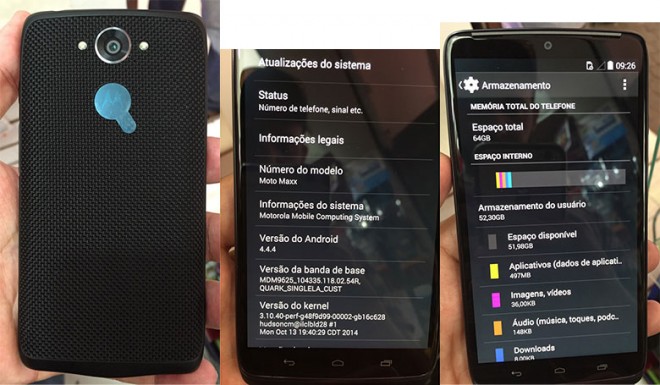