The Motorola Moto X became official today, after being teased ever since July 4th, when it first appeared in a magazine. The device is priced at $199 on contract and it’s coming to all major carriers in USA. The handset is assembled in USA and it packs a 4.7 inch 720p screen and the Motorola custom X8 chip. 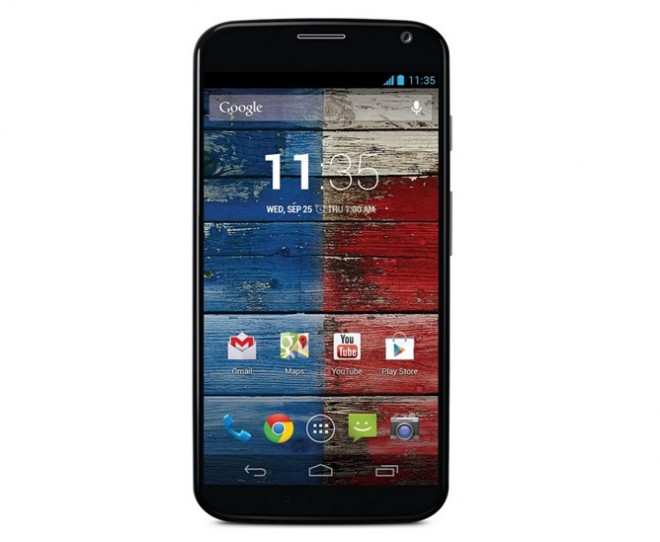 This chip is in fact the Snapdragon S4 Pro dual core CPU at 1.7 GHz with quad core CPU and it’s accompanied by a natural language processor and contextual computing processor. At the back of the phone we’ve got a 10 megapixel sensor with ClearPixel technology, for improved low light performance. There’s a mechanism here with a clear filter in front of the image sensor, allowing more light to reach the sensor.

Moto X will debut on AT&T, Verizon, Sprint, T-Mobile and US Cellular and it has a curved design, with thickness going from 5.6 mm to 10.4 mm. It weighs 130 grams and relies on a front AMOLED panel for the screen, with full RGB matrix. There’s a new type of Gorilla Glass here, that curves towards the edges of the smartphone. 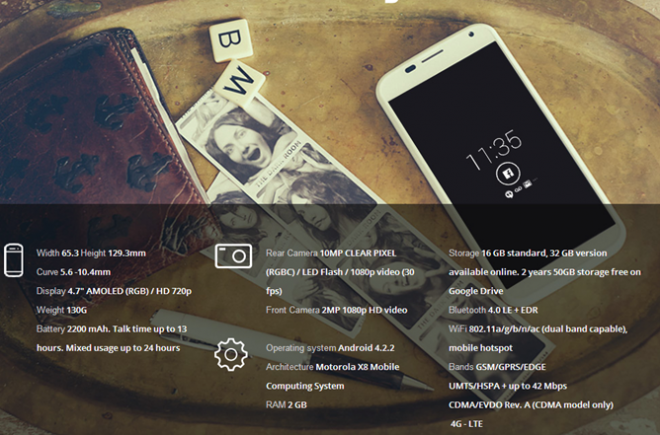 Internal storage is 16 or 32 GB and getting back to the camera, we have support for Full HD video capture with 30 FPS. At the front there’s a 2 MP camera with Full HD recording and as far as customization goes, you can choose a black or white front panel and 18 options for the back panel. 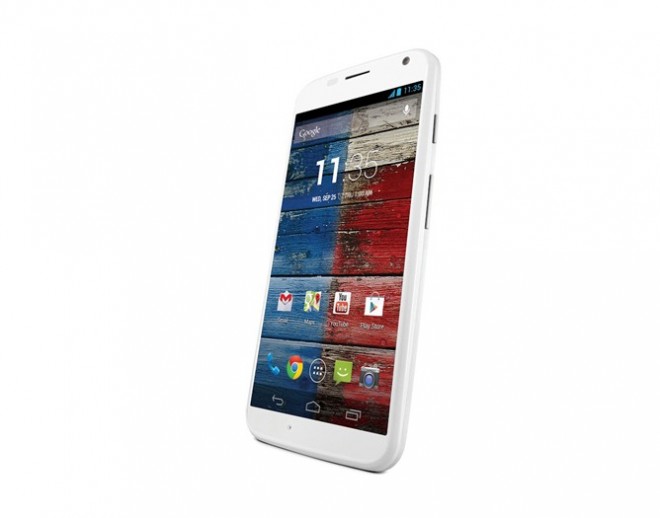 There’s also the option of adding accents to the design and even a name or short message on the back of the handset. Moto X runs Android 4.2 with slight customizations, like Active Display, making the screen available as a black area with snippets of information. There’s also a rumored Google Play Edition of the Moto X coming, that sounds interesting.