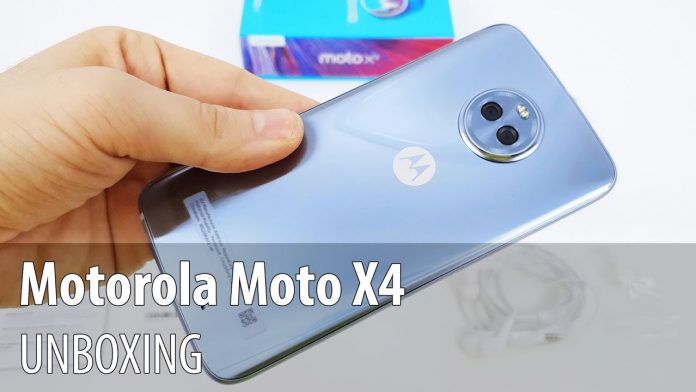 We’ve tested quite a few Motorola phones over the past year, including Moto G, Moto E, Moto M and Moto Z units, but here we are today with a fresh Moto X4 unboxing. We took it out of the box in the video below and you should know that this high midranger is priced at $400. Launched last fall, the device is probably the best looking Moto phone money can buy right now.

It has a glass back that feels like the one of a Huawei Honor 9, while the front is also covered with glass (obviously) and feels like a Galaxy A or Galaxy J facade. The device has an alumimum frame and it’s quite well built. The dual camera kinda protrudes, to be honest. Inside the box there’s a pair of headphones, looking rather typical and cheap, but sporting a flat wire, which is useful if you like to avoid tangling. 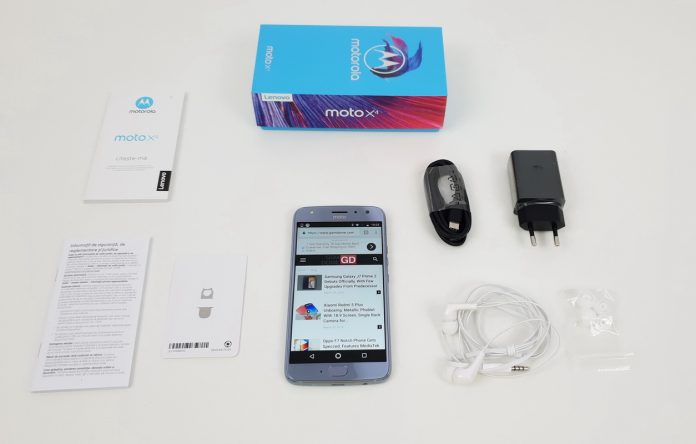 Also inside the box there’s a charger (with Turbo Power), manual, metal key and USB Type-C cable. The Moto X4 is IP68 certified, meaning it’s dust and water resilient and the glass it uses makes it look very sexy. Available in single SIM and dual SIM versions, the smartphone is available in an interesting Android One version in USA and even has Alexa there. We have the 4 GB RAM/ 64 GB storage version, but there are also 3 GB RAM/ 6 GB RAM versions out there. 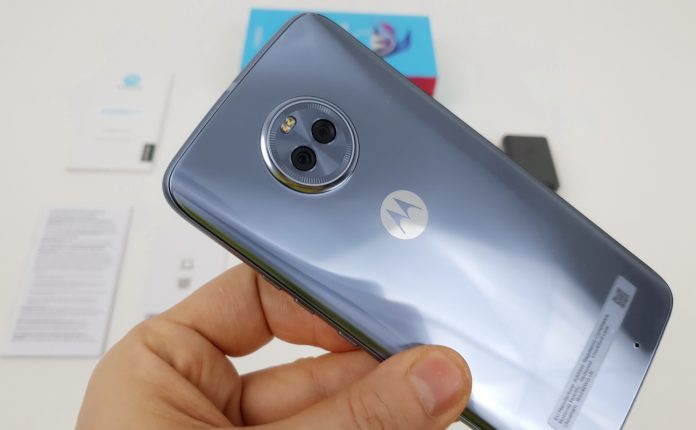 Moto X4 measures 7.99 mm in thickness, weighs 163 grams and packs a 5.2 inch Full HD display with IPS LCD LTPS panel. There’s a Snapdragon 630 CPU inside, a microSD card slot and a 3000 mAh battery. The kicker is the dual back camera, with a 12 MP sensor with dual autofocus pixels and an 8 MP sensor with Ultra Wide Angle lens. A dual tone dual LED flash is in the mix as well. 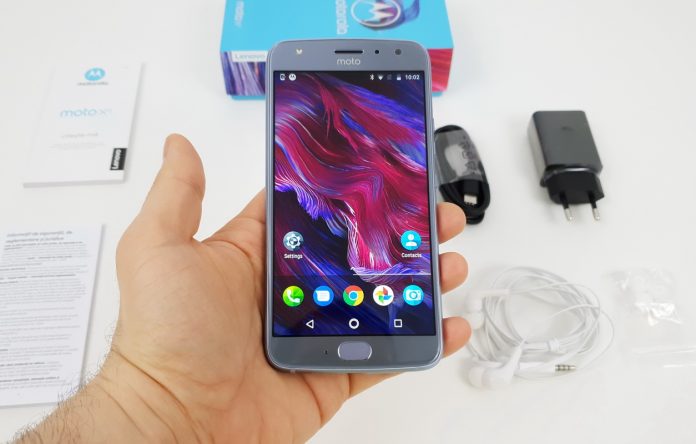 Upfront we find a 16 megapixel shooter with LED flash and panoramic selfie, while at the bottom rests an USB Type-C port. Moto X4 runs on Android 7.1 and uses a fingerprint scanner placed at the front, within the Home button. I should also mention that the phone has 3 microphones, NFC, 4K Video capture, Bluetooth 5.0 and it’s available in black or blue. We also showed the camera UI in the unboxing video, which is stock, just like the rest of the interface. Sounds like a well specced, stock Android machine, which rivals the Huawei Honor 9.

We’ll be back with a full review ASAP, but you can get the phone from here in the meantime.