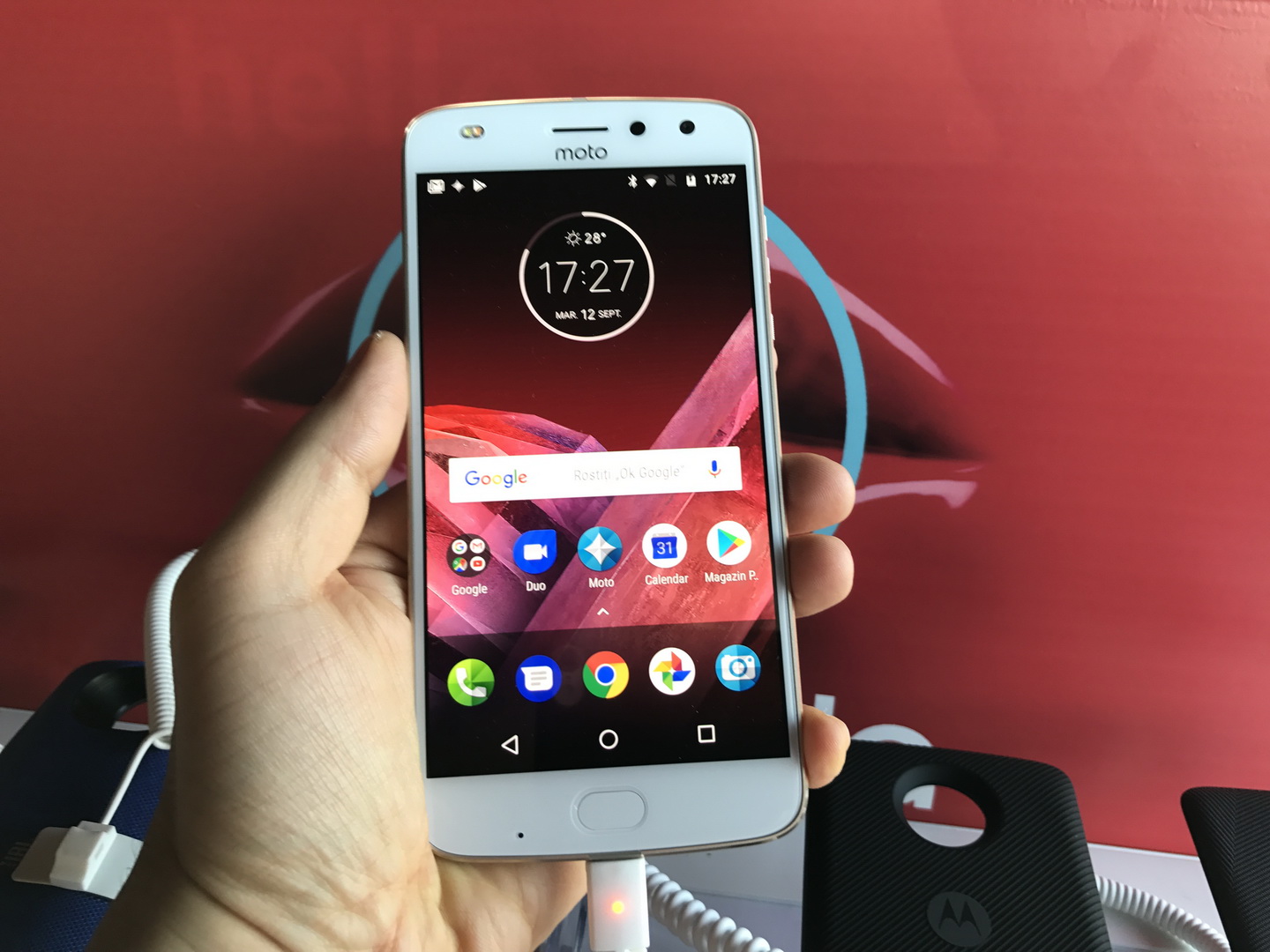 The Motorola Moto Z2 Play is a handset that was unveiled earlier this summer and it’s a sort of high midrange machine with a focus on modularity. We had the chance to perform a hands on with the device during an Eastern European & Central Europe launch of the device. It’s priced at around $400. 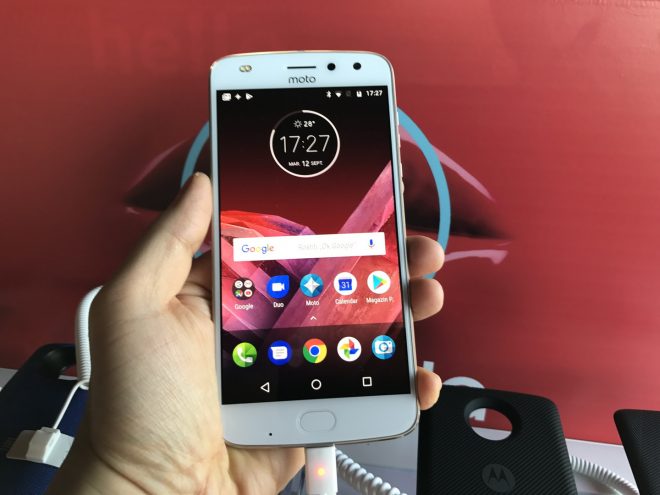 The predecessor had a metal body and a glass back, but the Moto Z2 Play comes with a full unibody metal design. It keeps the pins at the back, which let you attach Moto Mod modules, including the new ones, like the JBL Soundboost 2 or the GamePad. The battery capacity of the device drops to 3000 mAh compared to Moto Z Play, but the waistline also drops to a mere 6 mm. 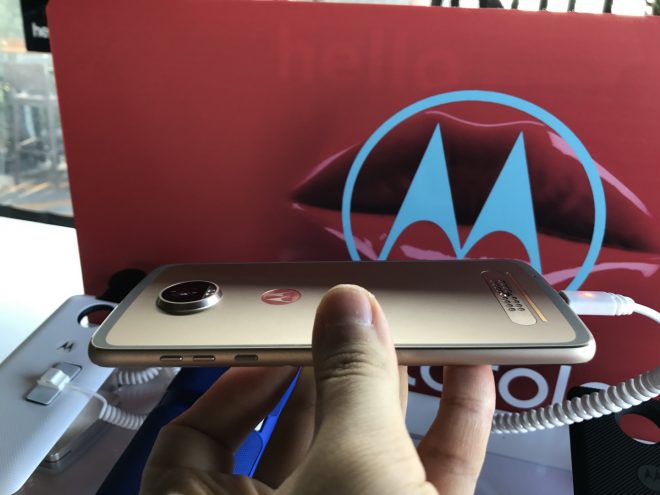 The device felt very light in the hand for a 5.5 incher, at 145 grams, perhaps even lighter than the scale shows. Someone close to Moto told me that this device actually uses the very same camera sensor as the Galaxy S7, the same 12 MP camera with F/1.7 aperture. There’s also 4 GB of RAM, a Snapdragon 626 processor on board and the screen has a Super AMOLED panel with Full HD res. 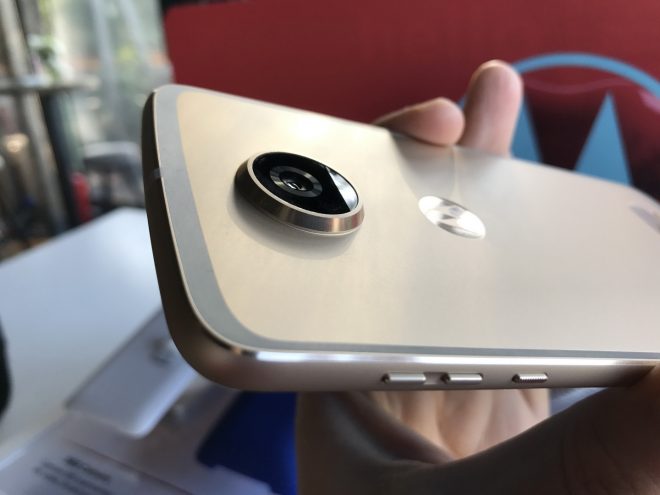 A microSD card slot, 5 MP front camera with dual LED flash and USB Type-C port are all here. This handset has an audio jack, unlike the Moto Z. Moto Z2 Play is available in gray and gold. On the software front it’s all stock Android Nougat affair, with minimal Moto involvement. There’s a fingerprint scanner upfront, below the screen, similar to the one we’ve seen on the Moto G5.

We’ll be back with a full review once we get the device. Be sure to check out the pictures of the new Moto modules in the gallery below. In the meantime, you can get the handset here.