Motorola Shadow has just surfaced on the web again, this time as a portion of a live picture portraying the device. As far as we know, this handset might as well be the Nexus Two or Droid 2, but that’s not for sure. Apparently, the device recently passed the Wi-Fi Alliance tests, so it sports wireless N technology. 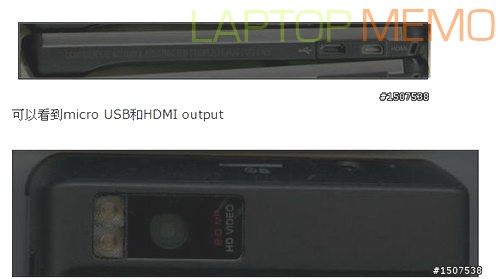 In the image above you can see a HDMI out and microUSB jack, plus the 8 megapixel camera with dual LED flash. HD video branding is also in there to indicate that the camera supports such capture. The supposed Nexus Two has very appealing features, like that 4.3 inch capacitive touchscreen, Android 2.1/2.2 (Froyo) and a sliding QWERTY keyboard.