During this year’s CES we saw Intel and Lenovo getting cozy with each other and even some smartphones and tablets made by Lenovo and sporting an Intel CPU. Now Motorola goes the same way and might unveil an Intel-based smartphone at Mobile World Congress. We don’t have any hardware details right now, but we have the render below, at least. 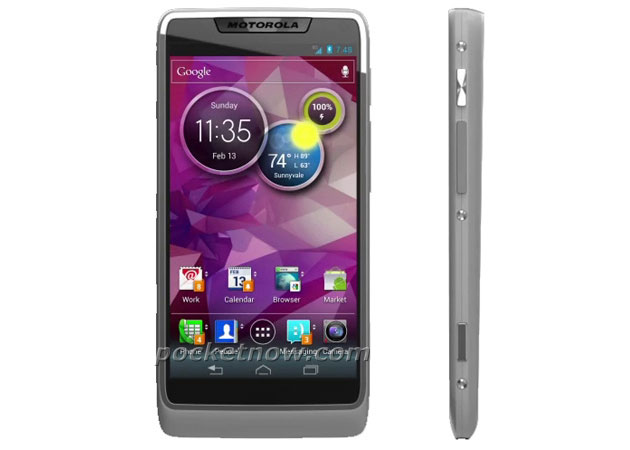 This is an Android 4.0 phone, probably with Intel Medfield CPU and Motorola’s custom UI on top of Android. There’s also a bunch of on screen buttons, like those we saw on Samsung Galaxy Nexus. The camera is rumored to offer instant-on capabilities and 15 fps burst capture, that sounds original for a handset’s camera. Back at CES 2012 we saw the Lenovo K800 smartphone in action, with an Intel Medfield 1.6 GHz processor, most likely the same processing solution we’ll see on this Motorola phone.

Moto has been using CPUs from almost everyone, including Texas Instruments, Nvidia and Qualcomm, but Intel has never been on their list. Hopefully we’ll see Motorola branching out further and implementing the webtop environment and the lapdocks coupled with this device as well. More info will be available at MWC!