Leaks can even happen hours before the launch of a product, as was the case of the Apple iPad and it also happens to Windows Mobile 7. The new OS has its UI revealed by a bunch of MWC banners, a couple of hours before its official announcement. We remind you that Steve Ballmer, Microsoft’s CEO has a conference scheduled for 3 pm local time. 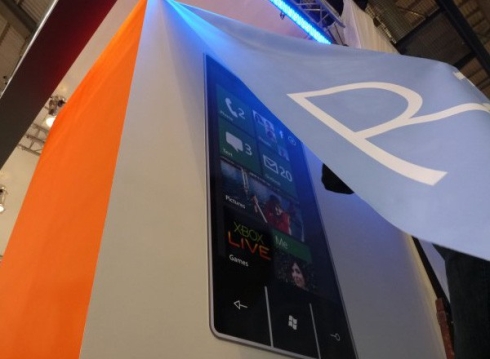 Notice the Xbox Live integration, shown on screen, the big icons and the overall finger-friendliness of the menu. Calls, texts and email are shown, plus a Facebook section, a Pictures option and a bit of … “Me” to fill the gap on screen.

This is the new face of Windows Mobile folks, so get used to it!