The likes of Alcatel, ZTE and Huawei are involved in the Firefox OS initiative, making handsets with this platform on board. ZTE has already rushed the process and came up with the first devices and now it’s Alcatel’s turn to make a mark in the mobile industry. This time they showcased the Alcatel One Touch Fire at MWC 2013. 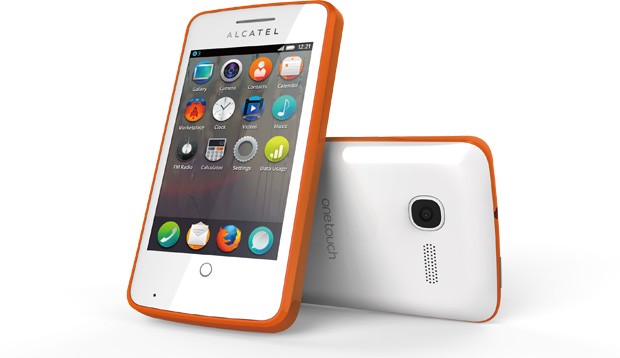 Alcatel One Touch Fire is basically an entry level phone that’s a remake of the One Touch T’Pop handset announced at CES 2013. It packs a 3.5 inch HVGA display, a 1 GHz CPU, 256 MB of RAM and 512 MB of storage. There’s a 3.2 megapixel camera at the back and other predictable features: WiFi, Bluetooth 3.0, GPS, FM radio and a microSD card slot. Finally, there’s a removable 1,400 mAh battery in here.

Bundled with the phone there’s a 2 GB card and you’ll use a mini SIM card on this device. The Fire has a glossy plasticky body, available in orange or pink, but it does feel like a solid machine overall. Performance may not be the best, since this is still one of the initial Firefox OS handsets, but this is still an appealing idea, a handset that will launch in June.