6 days ago Nokia unveiled 4 new devices, two of them Lumias and two of them feature phones. The latter category includes the Nokia 105 and the Nokia 301. The former got demoed in front of us, as shown through the hands on video below. 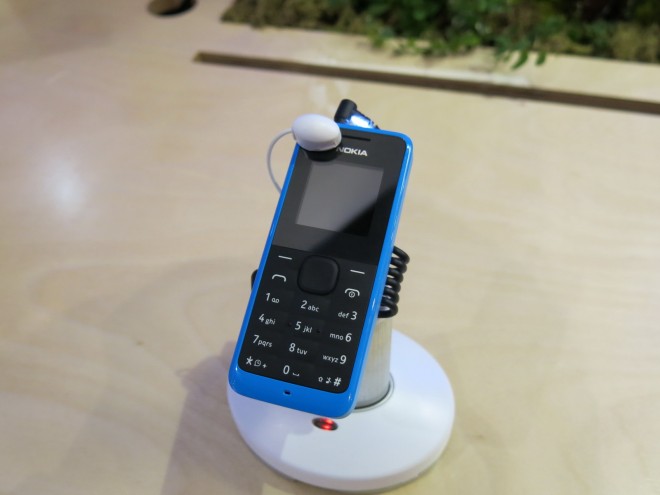 We’re dealing with the cheapest low end Nokia phone launched lately, but still packing some solid features. Nokia 105 packs a 1.45 inch 128 x 128 pixel display and it has a very good priced of 15 euros. It stands out through resilience and long lasting battery, that should provide about 35 days of usage, in standby mode. The device will be available in black and cyan and it will debut in Q1 this year.

Nokia 105 also features FM radio, it weighs just 70 grams and measures 14.3 mm in thickness, so it’s a big bulky. It uses a mini SIM card slot it doesn’t have Bluetooth or NFC or WiFi and its battery has a capacity of 800 mAh. The USB is for charging only and we’ve also got a bundled set of tools, like digital clock, calculator, convertor and expense manager.