Nokia Lumia 900 aka Nokia Ace has been in the news a lot recently, but never enough to give us a full picture about the handset. Now we get a comparison between this model’s size and the one of the Lumia 800, as shown in the picture below. Of course, this is a mere supposition, but what’s certain is that this model is coming to AT&T. 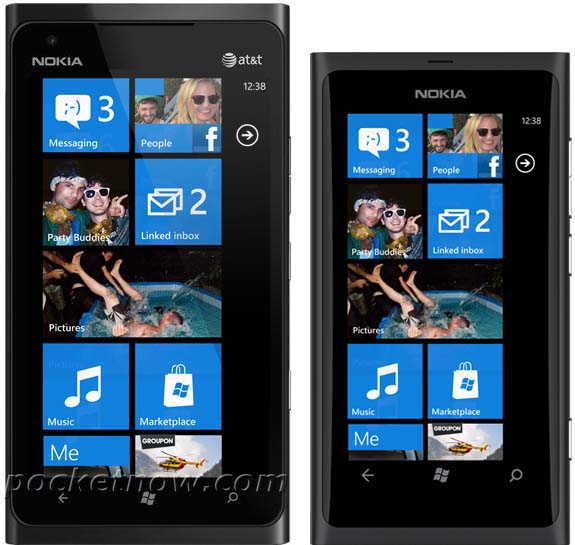 Also known under the codename Eloko, this handset as the latest Lumia series handset. It will run Windows Phone, most likely in the Tango version and it will support LTE connectivity. There’s also a 4.3 inch WVGA display on board, plus 512MBof RAM, an 8 megapixel camera and a 1830mAh battery with enough juice to keep the machine running on LTE. Everyone expects this phone to be carrier locked, but it will reach T-Mobile at some point, according to rumors.

The Ace weighs 18 grams more than the Lumia 800, so it must be pretty thin, considering its width. Finally, you should expect a 1.4GHz Qualcomm processor on the handset, similar to the one used on the Lumia 710 and Lumia 800. CES 2012 is just days away and it will most likely mark the debut of the Nokia Lumia 900 phone. Another phone we’re expecting is the Nokia Lumia 719, a device that will pertain to the mid-range segment and give us an affordable Windows Phone experience.