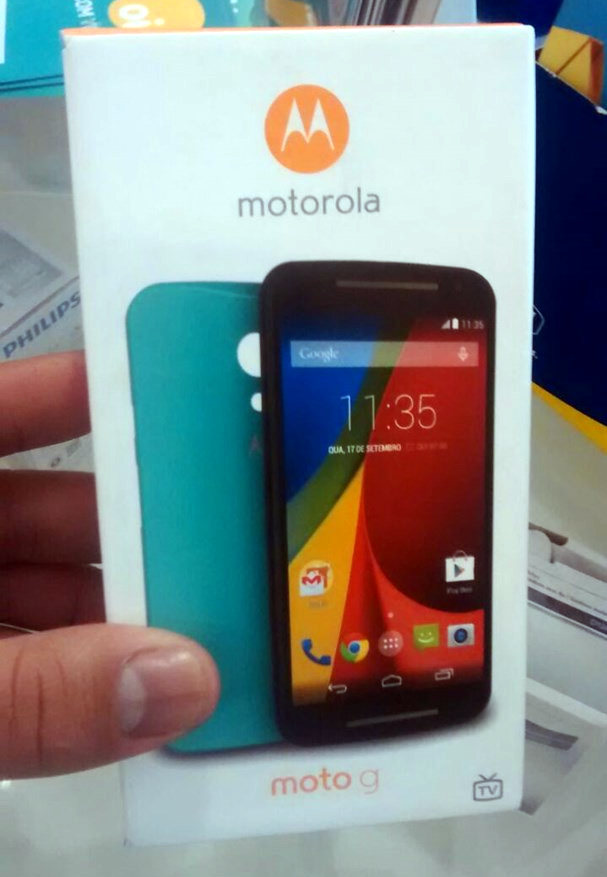 The new Moto G is basically hours away from launch and now we get some last moment leaks, as shown below. As you probably know already, the handset will be called Moto G again, just like its predecessor, probably with a 2014 attached to the name.

The newcomer is codenamed XT1069 and its retail box is pictured above. The device comes to Brazil with digital TV support, but we can’t guarantee that the feature will be kept internationally. The smartphone seems to have front facing speakers, like the Moto E and the retail box also confirms a 5 inch HD display, an 8 megapixel rear camera and a Snapdragon 400 processor, as well as colorful external shells.

This model has dual SIM support, like the XT-1068 model and according to earlier rumors, the second gen Moto G was supposed to come with a 2 megapixel front camera, 1 GB of RAM, 8 GB or 16 GB of storage and a microSD card slot. While the handset will get a launch event today in Chicago, it will also be launched during a special event in India tomorrow.