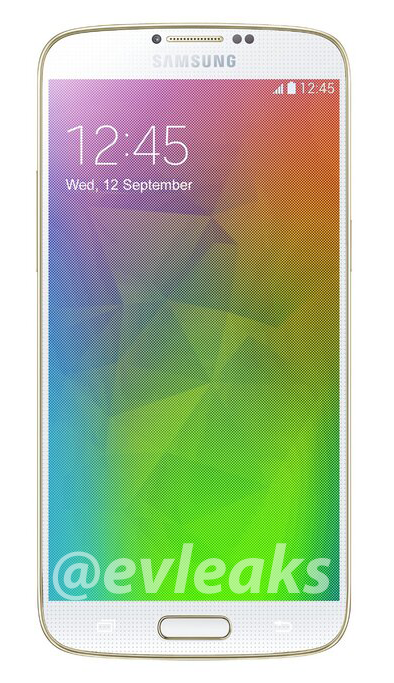 About a week ago @evleaks was posting a very interesting picture, showcasing the Samsung Galaxy S5 Prime aka the Galaxy F. It was accompanied by a rumor saying the product will launch on September 12th. Today we get to see another shot of the smartphone, from a different angle.

The product formerly known as Galaxy S5 Prime is an improved Galaxy S5, that will sport tiny bezels and a beautiful white/gold color choice. This model, also dubbed Galaxy F is said to adopt a QHD display and keep the fingerprint scanner and heart rate sensor, while offering a metal case this time. There’s already an upgraded Galaxy S5 model launched in Korea recently, the Galaxy S5 LTE-A.

The Galaxy F could also come with more RAM, further camera improvements and with a bit of luck Android L come be preinstalled. Odds are that the product will come at IFA 2014 in Berlin, together with the Galaxy Note 4. In the end it could all be smoke in the media’s eyes and this could end up being a differently colored Galaxy S5, so don’t bet too much on it…