Nokia 5900 XpressMusic popped up on the web back in May and we’ve been hearing about it ever since, so this handset must be real. We won’t bet on the fact that the image below is genuine, but what we do know is that the new XpressMusic phone will share a bunch of features with Nokia N97. 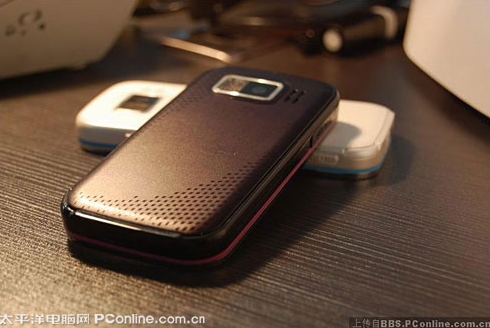 Nokia 5800 XpressMusic’s follow-up will pack the same CPU and amount of RAM as N97 does, plus the same 5 megapixel camera and the 3.5 inch touchscreen display with a 360 x 640 pixels resolution. The new phone’s user interface will be redesigned, specially since the device will rely on the Symbian S60 5th Edition SP1 platform.

5900 XM should be thinner and lighter than the 5800 and a novelty is also the fact that it’ll support SDXC cards, providing more storage space than 32GB.