Nokia has just announced a limited edition launch in Russia of the Nokia Asha Charme handset. From the looks of it and from the name we gather this is a fashion phone, actually a pretty nice looking one. It’s got a stylized design, that involves golden areas and silver chrysanthemums. 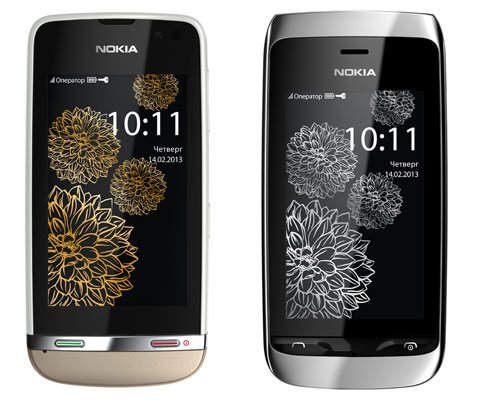 The flower is a symbol of the sun in Eastern mythology, while Asha means hope in Hindi. The flower prints are apparently trendy, even in this day and age. Nokia Asha Charme starts selling in Russian stores towards the end of January 2013 and it’s available in the following versions: Asha Charme 308 black and gold, Asha Charme 309 white and silver, Asha Charme 311 white and gold.

The estimated retail price for the model is the same for Nokia Asha 308, 309 and 311. Nokia Asha Charme 308 and 309 are priced at $147, while the Nokia Asha Charme 311 is priced at $164. The product will also come to Ukraine, Kazahstan and some other countries in the area. It’s bundled with some themes and wallpapers fitting the flower imprints on it. 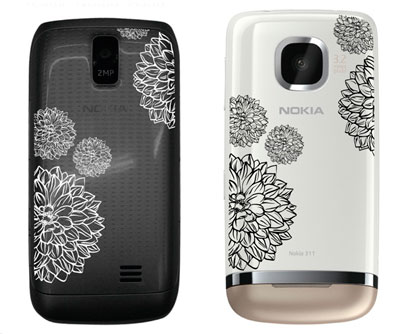