After huge delays, the Nokia E7 has finally been made available internationally and now it’s being compared to the much criticized N97 and the acclaimed (design-wise) N8. The E7 is the main special guest of this comparison, with its hot anodized aluminium casing, also present on the N8, plus the gorilla glass display and 4 inch AMOLED Clear Black Display. 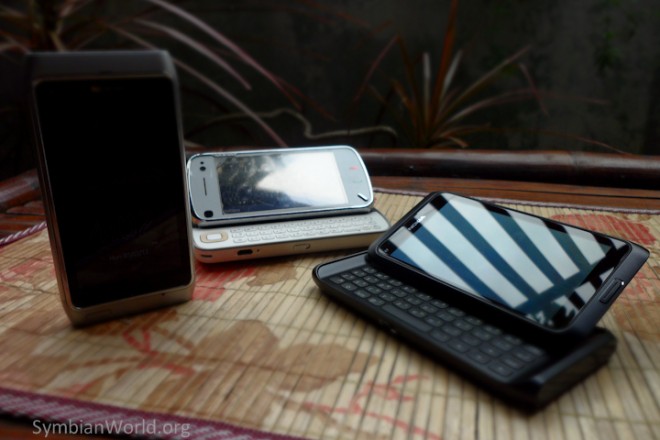 If you’re looking for defects, know that the E7’s camera is exposed to scratches, although its ability to resist them hasn’t been confirmed. There’s also that missing 2mm pin charger support and the fact that the handset is a bit heavy, tribute to the sliding keyboard and hot camera. While, the E7 measures 13.6mm in thickness, the older N97 is even thicker, with 15.9 mm of bulk to feel in your pocket. 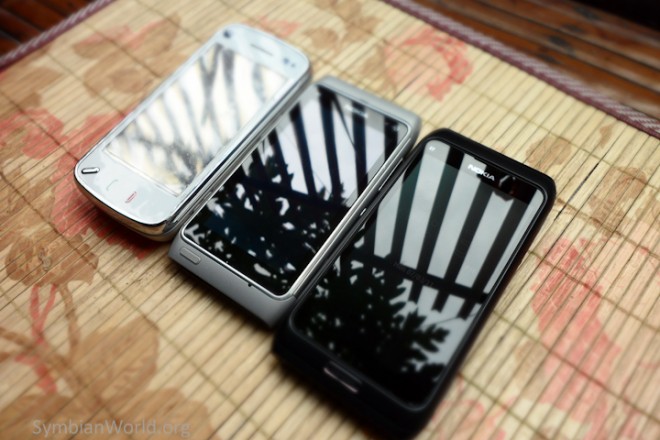 Imagine that the iPad 2 is only 8.8mm and you’ll feel how thick these babies really are. The E7 weighs 176 grams, while the N97 weighs 150, but overall the newer model is more appealing. Its rounded construction and modern look are definite winners. There’s not much to compare between the N8 and E7, since the latter is basically the former with a sliding keyboard and a slightly dumbed down camera.

For more info you have the following comparison video to check out: 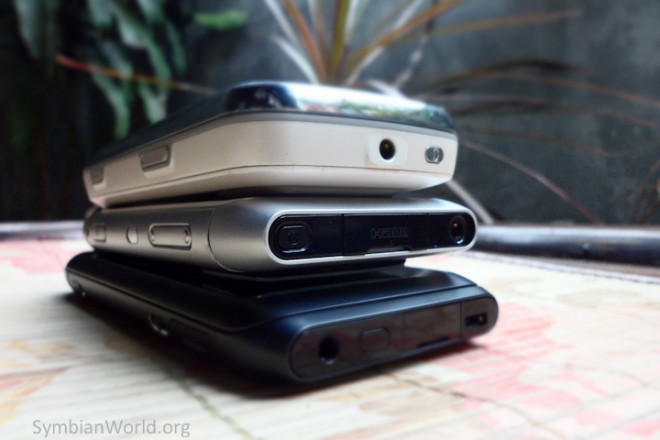