While everyone’s keeping an eye on the events in Las Vegas, the city hosting CTIA 2009, Nokia has just announced shocking news: it’ll join Ericsson in a new company, following the split of Sony Ericsson. The announcement was made by Nokia CEO Olli-Pekka Kallasvuo and Ericsson boss, Carl-Henric Svanberg. 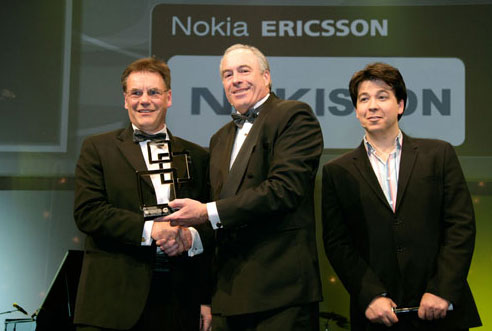 Also, Ericsson is demoing today, during CTIA, their brand new HSPA connectivity, reaching 56 Mbps and ready to be implemented on the first Nokisson devices, coming this summer. Let us remind you that Ericsson sold it share to the folks of Sony, who were glad to split the company and finally be able to announce the PSP Phone.

The reason for delaying this product is that Sony didn’t want Ericsson to be associated with the PSP brand, considering the failure of the Walkman and Cyber-shot series. The newborn Nokisson plans on moving its production facilities to Romania, following the success of the Jucu plant, that started production one year ago.

We’ll be back with more info on the PSP Phone!