Nokia has given its fans the opportunity of contributing ideas to the next smartphone design that the company will develop, thanks to the Design by Community project. The public voted their favorite specs and design aspects, reaching a final idea, that is to be turned into a 3D prototype of the ideal Nokia device. 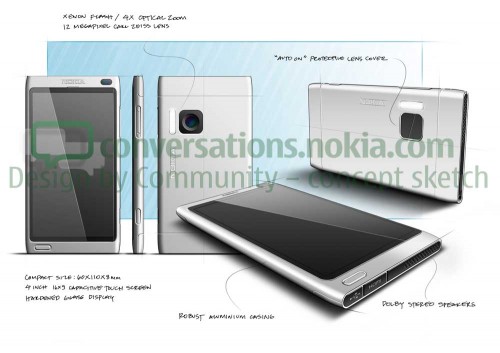 3 sketches have reached the final stage and the public must pick one of them to be turned into a real phone. All of these sketches are based on a very impressive specifications list, that includes a 4 inch capacitive touch display (16:9), an open source platform with multitasking, WiFi 802.11 b/g/n, USB connectivity, HDMI out and Dolby Surround Sound.

The future Nokia smartphone comes with a monoblock form factor, an aluminum case with soft touch finish and an 8 megapixel camera with 4x optical zoom, dual LED and Xenon flash. HD video capture and surround speakers also made the cut. So, which one of these 3 do you fancy? 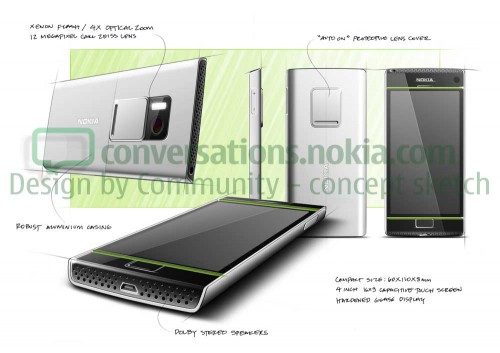 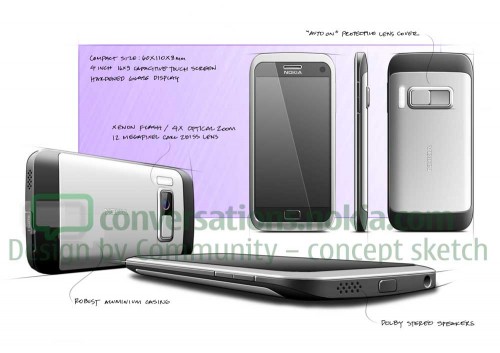